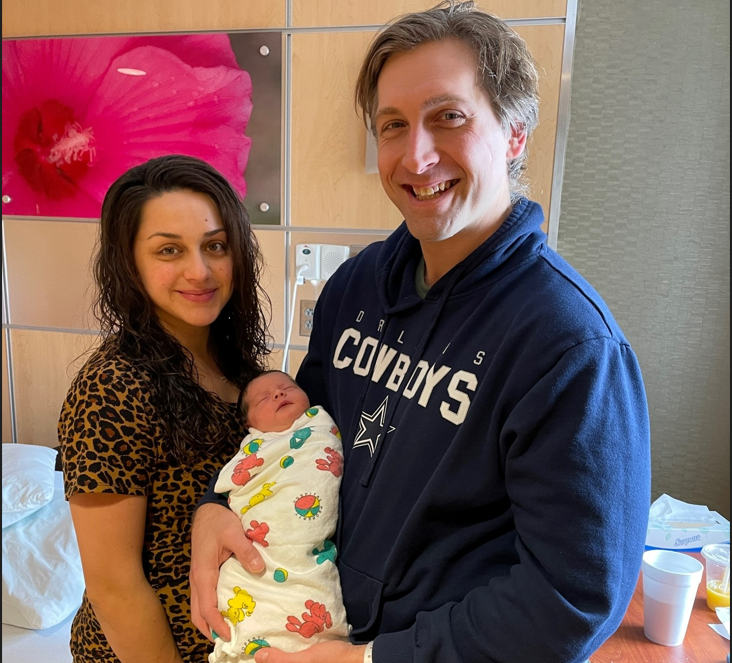 PIERRE — One Pierre family started the new year with a new addition to their family. Evelyn Leesa Schuetzle joined parents Trinity and Luke Schuetzle as the first baby born at Avera St. Mary’s Hospital in Pierre. Evelyn missed the new years’ festivities by arriving at St. Mary’s January 2nd just before nine-am. Evelyn joined world at seven-pounds, three ounces and 19-point-five inches long. Evelyn could be the first of many at Avera’s Pierre hospital. Avera St. Mary’s recorded 403 births in 2022. The most popular baby names at St. Mary’s last year were Avery, Harper and Juniper; all tied for first at three for girl names. For boys, King and Wyatt were the top names, also with three for each. Other girl names in the top 10 with two each include Ivy, Kinsley, Aubrey, Hannah, Lillian, Raelynn and Amari. The remaining top 10 boys at two each include Roland, Thomas, Kenneth, Rhett, River, Thayne, Hoyt and Liam. In the entire Avera system, Harper was the most popular girl name with 29 and Oliver for boys with 38.