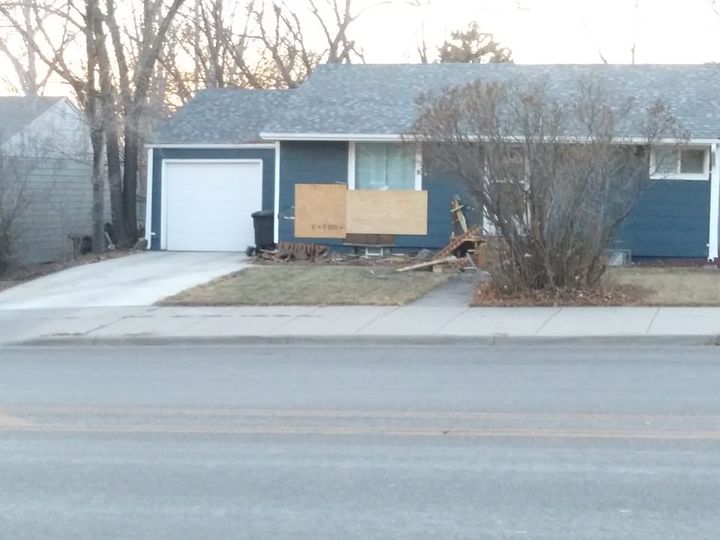 PIERRE — A Pierre man was arrested Wednesday after crashing his pick-up truck into a house in Pierre. Pierre Police Department Captain Bryan Walz says officers responded to a rollover crash in the 100 block of North Harrison Avenue around 7:30pm. When officers arrived on-scene they found the vehicle had rolled over and struck a residence on the corner of North Harrison Avenue and East Cabot Street. The driver of the vehicle has been identified as 25 year-old Kentone Traversie. Traversie stated to police he was driving south on Harrison Avenue when the cruise control in the truck malfunctioned, causing him to lose control and crash; resulting in the rollover. Plywood covered up damage to the front of the home and the front stairs were crushed by the impact. As police conducted their investigation, they noticed signs of impairment by Traversie. Traversie was arrested on charges of Driving Under the Influence, Reckless Driving and Failure to use a Seatbelt. Damage estimates to the house and vehicle are not available as the case remains under investigation. It’s unknown if anyone was in the house at the time and if anyone inside was injured.