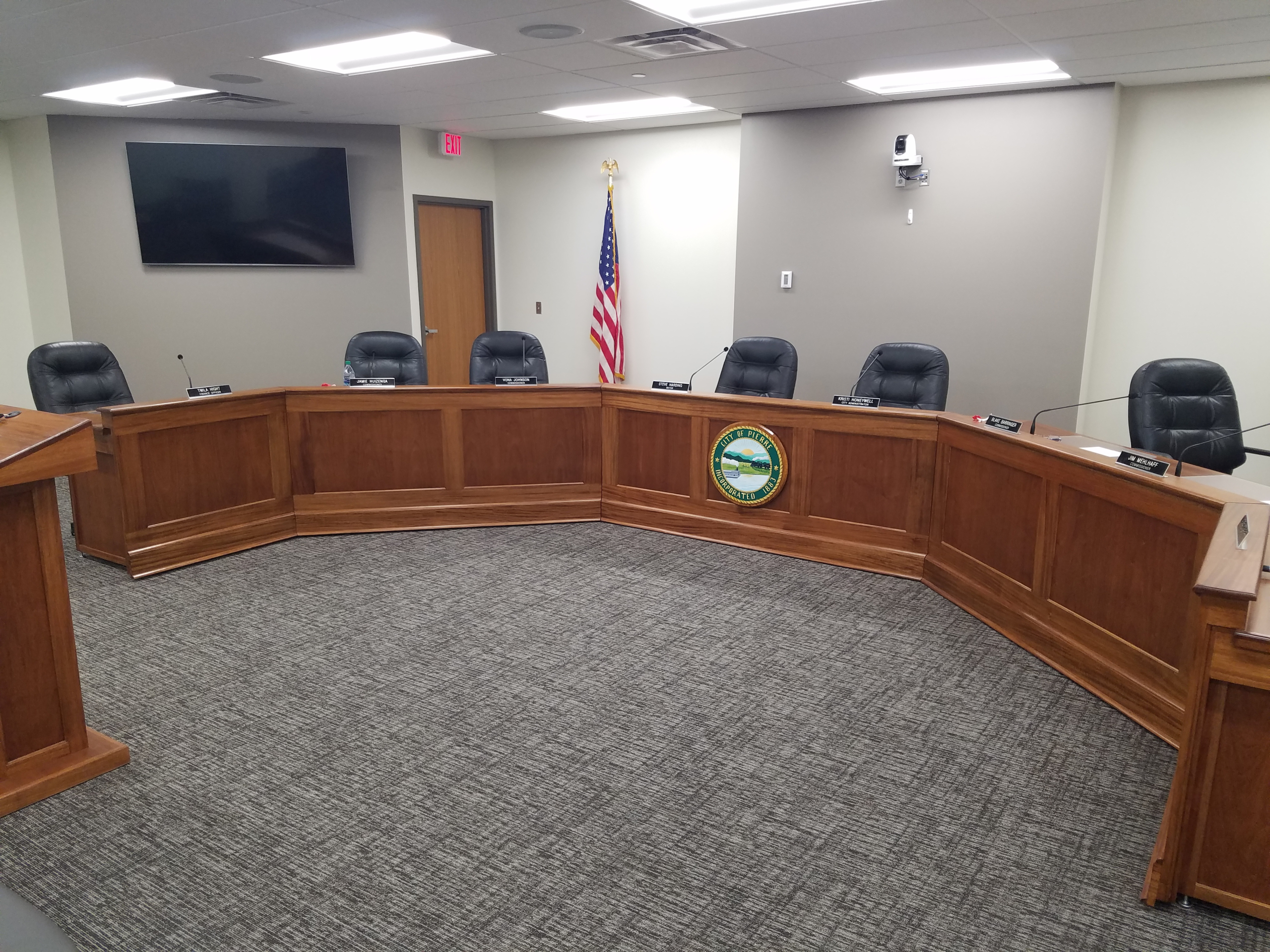 PIERRE — It could go down as one of the shortest, if not the shortest meeting in the history of the Pierre City Commission. Other than the consent calendar and dialogue, there are no items of regular business in front of the Commission tonight. The consent calendar has minutes from the meeting on November 15th, claims and four new hire approvals. Those new hires are in the Police Department, Engineering, Solid Waste Department and Emergency Communications Services. One good thing to come from such a shallow agenda is the meeting will give Mayor Steve Harding time to take part in an annual special event on the Tuesday before Thanksgiving…being a part of the Grand Lighting of the Capitol Christmas Tree. That event begins at seven-pm in the State Capitol Rotunda. The Pierre City Commission meeting begins, and maybe even ends, at 5:30pm at the Pierre Municipal Building.