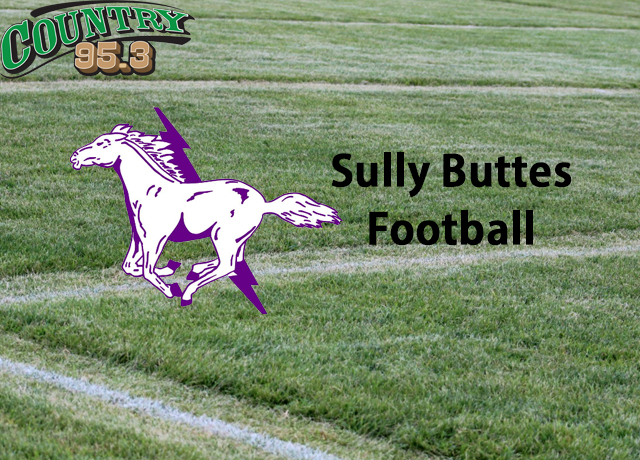 In a tale of two halves, the Sully Buttes Chargers used ball control and big plays to lead 20-0 at the half, and had to hold off Corsica Stickney in the second half to come away with a 32-14 victory to close out the Class 9B regular season Friday night in Onida.

The Chargers had scoring plays of 53, 31, and nine yards in the first half and opened the second half receiving the ball, and Thomas Farries scored his second TD to push the score to 26-0.

The Jaguars normally run a double wing offense, but had to open things up to try to get back into the ball game, and they did. Corsica Stickney had only 34 yards of total offense in the first half, but spread their offense out, and racked up 230 yards of offense… 170 rushing, and through the air with 94, for a total of 264 yards, but it wasn’t enough.

The Chargers-meanwhile-had balance offensively, with 187 yards of total offense in the first half, and 181 in the second half to finish with 368 total yards–252 of those were on the ground. QB Landon Hepker was eight of 16 for 116 yards passing.

Sully Buttes finishes the regular season at 6-2, and stops a two game losing streak, while Corsica Stickney also finishes at 6-2, and broke a five game win streak. The Chargers will face Potter County on Thursday in the first round of the 9B playoffs.