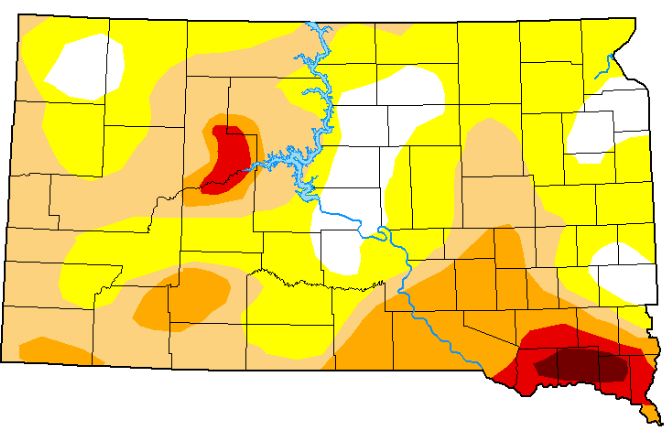 PIERRE — Drought conditions have noticeably increased across South Dakota with this week’s update of the U-S Drought Monitor for the state. The biggest change in central South Dakota is the introduction of severe drought in Jackson County. Over three-quarters of Jackson County, mainly south of the White River is in moderate drought and 47-percent is now in severe. Moderate drought has expanded across northern Dewey and Ziebach Counties. Severe drought is now taking up nearly 67-percent of Brule County. Southeast Lyman and much of Tripp County is also now in severe drought. The largest area of no drought is from northwest Lyman County north to Edmunds County. The worst drought remains in southeast South Dakota where exceptional drought, the worst level, is showing up across Bon Homme, Yankton and Clay Counties.