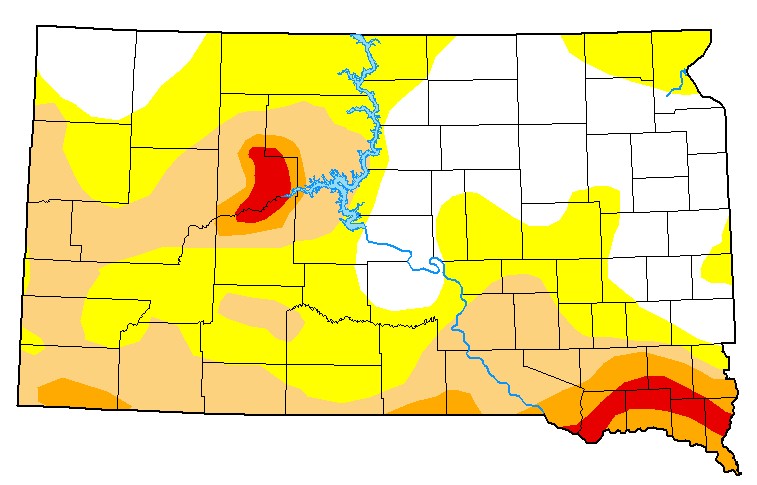 PIERRE — Despite nearly three inches of rain in Pierre last week abnormally dry conditions remain in the area on this week’s update of the U-S Drought Monitor for South Dakota. Across the state, changes are limited this week. On the good side, moderate drought has been removed from southern Haakon and northern Jackson Counties. That area continues in to much of Pennington; parts of Meade and eastern Custer County. Extreme drought remains across northern Haakon, much of Ziebach and a small part of Dewey County. An island of moderate drought extends from northern Jackson County into northwest Mellette County. Elsewhere, no drought has replaced abnormally dry across parts of Perkins and Corson County and abnormally dry conditions have grown slightly across Brookings and Moody Counties. Severe and extreme drought is still indicated across southeast South Dakota.