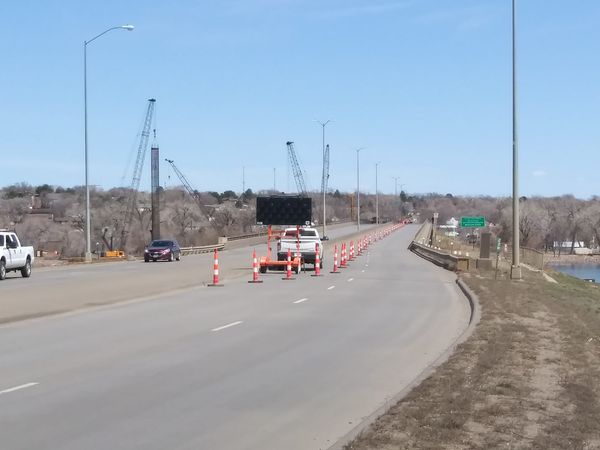 FORT PIERRE — Traffic will get tight for the next few weeks between Pierre and Fort Pierre. Starting today both lanes of the John Waldron Memorial Bridge will be reduced to a single lane in each direction. Closing are the westbound outside lane from Pierre to Fort Pierre and the eastbound inside lane from Fort Pierre to Pierre. The lane reductions will be in place to allow trucks safe passage while bringing material into the work zone. Crews will be hauling materials for the new Waldron bridge’s Pierre side embankment and mechanically stabilized earth retaining walls. Department of Transportation officials did not say how long the lane reductions will be in place but noted in a Friday press release the single lanes will be in place for several months. The new John Waldron Memorial Bridge is expected to be open to traffic in the summer of 2024 or roughly two more years.