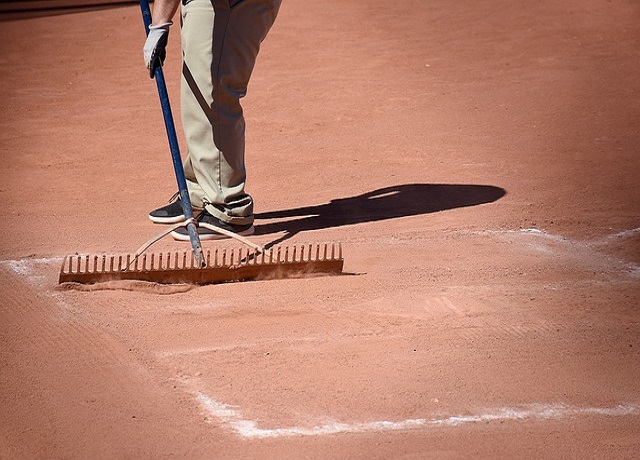 Five past greats have been selected as members of the 2022 induction class for the South Dakota Amateur Baseball Hall of Fame.

The group will be honored on Saturday, Aug. 6 during the 2022 state tournament at Mitchell and during a hall of fame banquet planned for Saturday, Nov. 5 in Tabor. More details on the banquet will be finalized later.

Here are the biographies of the new inductees:

The Green Isle (Minn.) native and former South Dakota State player became a key member of the Brookings Cubs who dominated the state’s Class A amateur baseball ranks in the late 1990s and early 2000s.

Brown spent two stints with the Cubs (1997-2002 and 2006-2009) and amassed more than 500 hits during those 14 seasons that also included five state runner-up finishes and a state Class A most valuable player honor. He batted .382 during his Brookings career with 44 doubles, 25 triples and eight home runs. Brown also stole more than 10 bases a year and struck out just 22 times compared to 101 walks.

His leadership, durability and competitiveness sparked the Cubs. Brown also led the charge for a double-elimination state Class A tournament and the switch to wood bats in the state.

The Scotland native proved his worth as a standout all-around athlete when he earned 12 letters while playing college baseball, football and basketball at USD-Springfield.

His amateur baseball career in South Dakota lasted 18 years from 1968 through 1986 and included seven seasons with his hometown team and the final 11 seasons with Freeman. He played in the state tournament every year, either with his own team or as a pickup player.

One of the big highlights during his career was winning the state tournament battling title when he batted .526 to help lead Scotland to the 1975 state B championship. Scotland edged Renner 7-6 in the title game.

The second baseman proved to be a consistent .400 hitter during his career and also hit with power, highlighted by a 21-homer season.

Baker also enjoyed a lengthy career as a high school boys basketball coach in the state, guiding Freeman teams for many years while also coaching at Sioux Falls Washington.

The Aberdeen native was a four-year letter winner in both basketball and baseball at Northern State University before enjoying a stellar 22-year amateur baseball career as a talented left-handed hitter and infielder-pitcher for teams in Aberdeen and Redfield.

The all-around athlete batted well over .350 for his career, including .416 in six seasons with Redfield that included a state B championship in 2006 and two runner-up finishes. He also played on two state runner-up Class A teams from Aberdeen.

Kusler also enjoyed success on the mound. His career numbers in Aberdeen were not available, but he managed a 32-8 record on the mound during his team with Redfield.

Kusler, who was inducted into the Northern State Athletic Hall of Fame in 2011, also played in the Men’s Senior Baseball League World Series in Phoenix 12 times and even managed the South Dakota team that won the tourney in 2007.

Scherschligt played little league, teener and American Legion baseball in his hometown of Lesterville and was a Teener pickup player for Canova teams that won consecutive state titles before enjoying an amateur baseball career that comprised 19 seasons, 18 for Lesterville in the South Central League and one with Chamberlain in the Pony Hills League.

Scherschligt batted over .400 three times during his career and in his final year (age 38), he led the South Central League in hits and batted .387 while playing an error-less first base. Also noted as good defensive centerfielder early in his career, he also enjoyed success as a left-handed pitcher on the mound.

He finished his career with a .382 lifetime batting average and also displayed some pop, twice hitting three home runs in one game and also hitting two homers in an inning on two occasions.

Scherschligt continued his involvement with baseball after his playing career ended, serving as the vice president of the South Central League while assisting in a wide variety of positions at ball games in Lesterville. He also received the Mark Mehlhaf Memorial Comeback Award in 2013 after batting cancer, which eventually took his life in 2019.

He joins his father Les Scherschligt, uncle Ray Scherschligt and father-in-law Joe Walters in the Hall of Fame.

Kortan has fashioned a lifetime of dedication and love for the game of baseball that has centered mostly around his hometown of Tabor.

He played on Tabor American Legion teams that advanced to the final four of the state Class B tournament for three-straight years (1985-87) and included a state championship team in 1985. He was named the Class B American Legion Player of the Year in 1987.

Kortan started two years at Mount Marty College in Yankton and has spent a quarter of a century playing amateur baseball, one year with the Avon Mets and the others with the Tabor Bluebirds where he also also served as the team’s manager for most of that timeframe.

He’s played in more than 20 state tournaments, many as a pickup player, and won three games for a Tabor team that advanced to Class B championship before falling to Crofton (Neb.) in the 2011 state tournament.