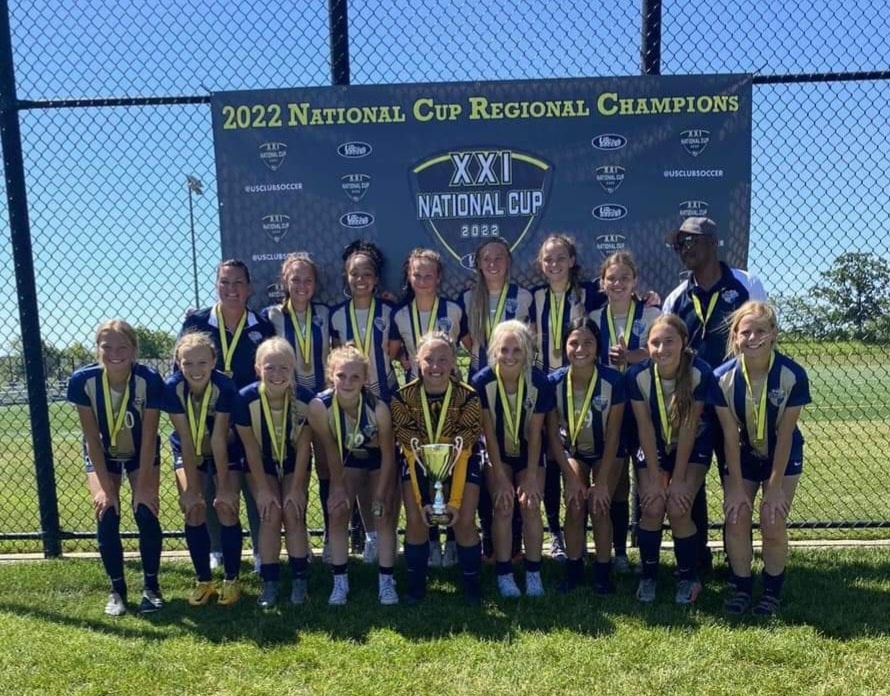 The South Dakota United U16 Girls team has now a chance to repeat as National Champions after winning in 2021. This year, they dominated the Midwest Regional tournament allowing just one goal against the entire tournament.

SDU outscored its opponents 25-1 with its closest game being 1-0 in the semifinals before rolling through Pittsburgh 7-0 to claim the championship. The Dynamo scored at least five goals in every game except for the semifinals.  Pierre’s Ryann Barry, Ireland Templeton, Gracelyn Taylor and Brianna Sargent returned from last year’s National Championship team and this year, SDU have added Grace Richter to the team.

The five Pierre girls along with the rest of South Dakota United will play in the National Championships in July in Commerce City, Colorado, July 14-18.