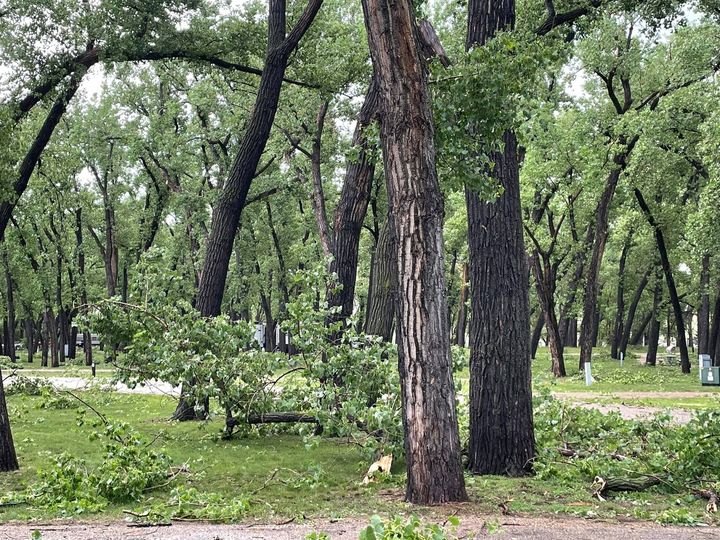 FORT PIERRE — Severe storms that ripped through central South Dakota Monday night have forced the temporary closure of the Oahe Downstream Recreation Area on the Missouri River. The South Dakota Game, Fish and Parks Department says Downstream will be closed June 22nd to continue storm clean up that started Tuesday. G-F-and-P officials say the park saw significant tree damage to the park and want visitors to stay out of the park so staff has plenty of time and space to clean up damage and reopen the park as quickly as possible. Some of the strongest winds with the storm passed to the north of Pierre and over the Oahe Downstream Rec Area. A wind gust of 72 miles an hour was reported in Fort Pierre with the storm and 61 miles an hour in Pierre. The strongest reported wind gust was three miles south of Bunker in Stanley County of 85 miles an hour. Winds were reported 10 miles southwest of the Chantier Creek Rec Area of 71 miles an hour.