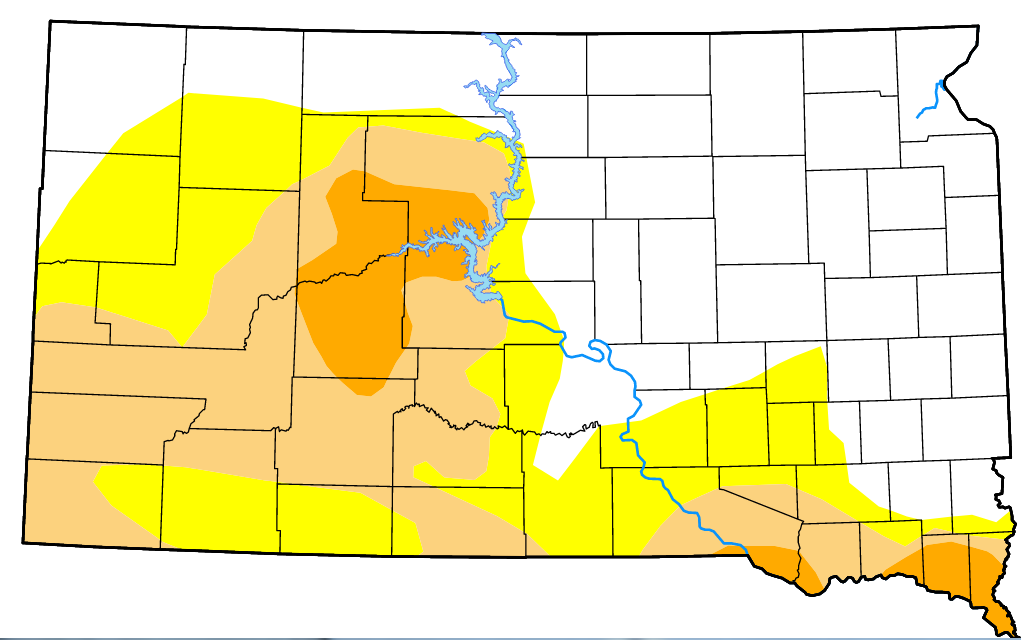 PIERRE — If anything good came from severe weather last weekend and into this week, it’s more reduction of drought conditions in South Dakota. Rain across the heart of the worst damage from straight-line winds and tornadoes eliminated extreme drought from South Dakota. However those areas in west central South Dakota are now in severe drought across Haakon; southern Ziebach and Dewey and northern Stanley and Jackson Counties. Areas of moderate drought are shown in northern Dewey and Ziebach; southwest and southeast Haakon, nearly all of Jackson, much of Mellette and Jones and most of Stanley County. It’s now abnormally dry across northern Ziebach and Dewey; western Potter, Sully, Hughes and Lyman; eastern Jones and Mellette and most of Tripp. Burle County and the Lyman Boot heel are also abnormally dry. No drought is now depicted in Hand, Hyde, Buffalo; central Lyman and northern Tripp Counties. The improvements may be short-lived with temps in the upper 90’s to over 105 in the forecast for the next week with limited rain chances.