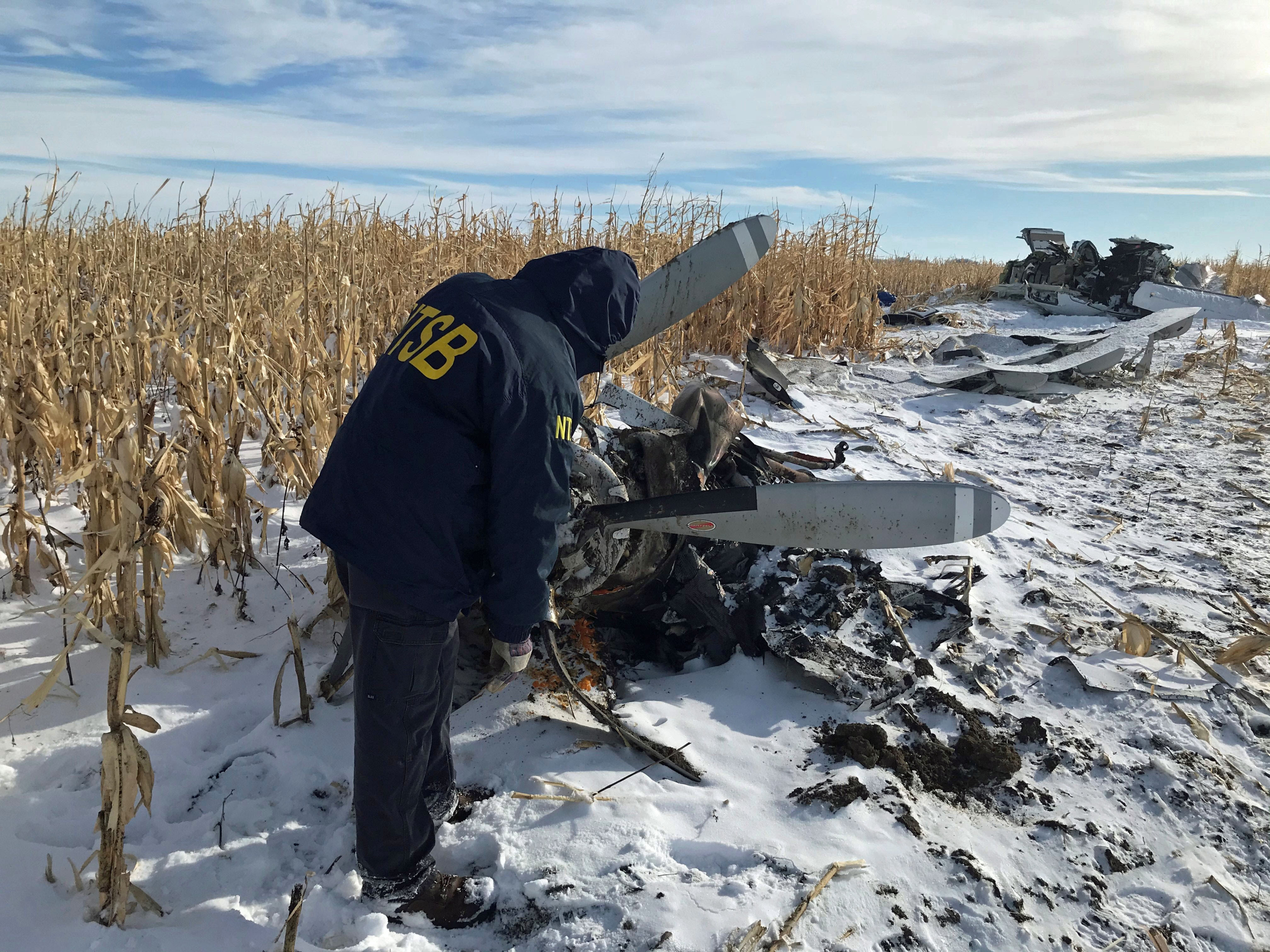 SIOUX FALLS, S.D. (AP) — Federal investigators confirmed that the buildup of ice on the wings and other parts of the plane was a key factor in a 2019 crash that killed nine of 12 members of an Idaho family on board an overloaded small plane. The National Transportation Safety Board said in its report on the November 30, 2019 crash near Chamberlain, South Dakota, that the single-engine plane didn’t even have enough seats for all the passengers aboard, and two people were likely seated in the aisles when it crashed shortly after takeoff. The report said the plane was about 100 pounds overweight. The crash killed nine members of the Hansen family from Idaho Falls, Idaho.