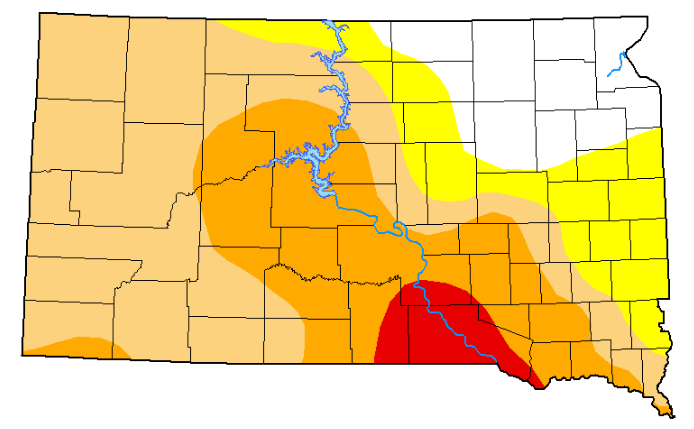 PIERRE — Heavy snows in western South Dakota last week have made a positive impact on the South Dakota U-S Drought Monitor. The snow fall has caused one level reduction in drought across northwest South Dakota. The worst drought remains along the lower Missouri River Valley starting in lower Lyman and Brule County and extending to the Nebraska border with Bon Home County as Extreme Drought. Severe drought is now centered in the middle of the state and extends from the Faith area southeast to Mission and to Sioux City in the east. Heavy rain in eastern Hand County has downshifted drought from Moderate to abnormally dry. Central South Dakota may get some drought relief this weekend with 80 to 100-percent chances of rain through Sunday. Topsoil in South Dakota last week was rated 53-percent short to very short.