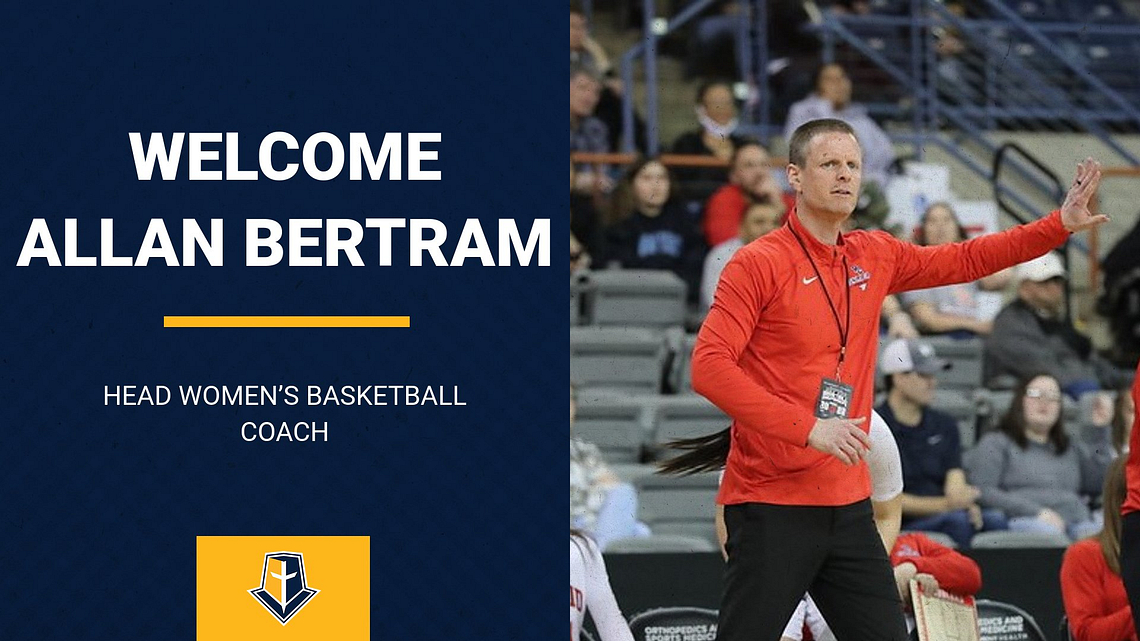 After 19 years coaching boy’s and girl’s high school basketball, Bertram says he’s most excited to help mold and build young women into not only better basketball players but more importantly strong leaders for our society.

Bertram’s two years at Rapid City Central proved his ability to bring excitement and new energy back to the program with two trips to the State AA Tournament and taking the record for Best Regular Season in school history.

In 2018, Bertram founded Sacred Hoops Basketball Academy with longtime Red Cloud coach, Matt Rama, and White River Athletic Director and Basketball Coach Eldon Marshall. Sacred Hoops is an Amateur Athletic Union (AAU) program that aims to give basketball opportunities to athletes regardless of where they live and has become one of the largest basketball programs in South Dakota with over 700 athletes playing summer basketball.

Bertram follows Todd Schlimgen (2018-2022) as head coach of the Lancers. Schlimgen joined the MMU women’s basketball staff under his father. Schlimgen announced his resignation as head coach earlier this year and continues his 13-year career at MMU as coach for women’s golf and the director of Career Services and student support adviser. Schlimgen had been overseeing the women’s basketball program until a new coach was hired. Bernatow said that MMU looks forward to welcoming such a well-rounded coach and person to the campus community and Yankton.