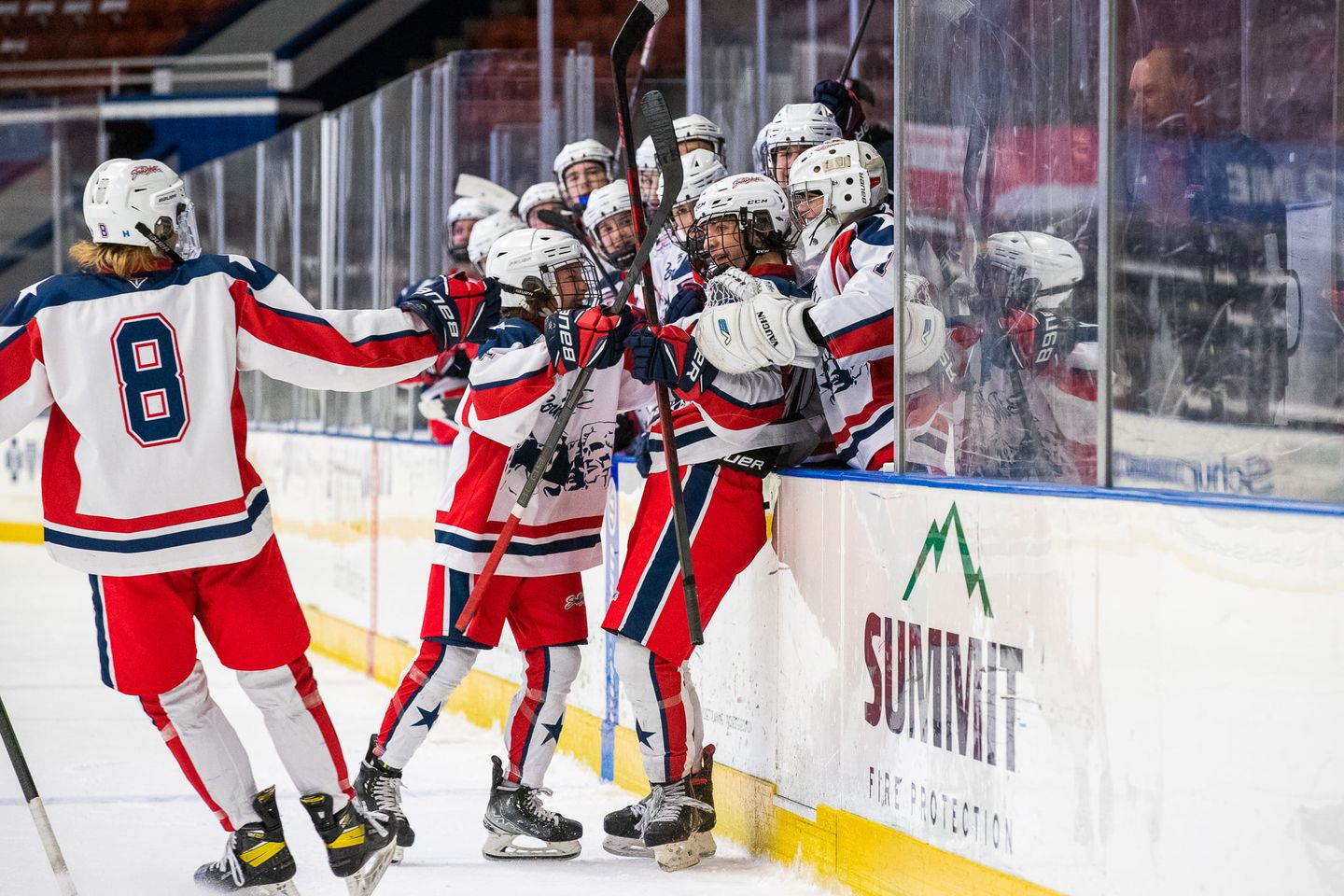 South Dakota’s team of 14-and-under hockey players beat the Granite State (NH) Wild 8-4 in the quarterfinal round of the 2022 USA Hockey Tier II 14U National Tournament. They’ll face the Portland (OR) Winterhawks in the semifinals at 4:00 Central Time this afternoon. The winner will advance to the national championship game on Monday.

The Tier II 14U National Championship Game will be played at 10:00 A.M. eastern time on Monday, April 4. All games are available for viewing online at Hockey TV (www.hockeytv.com).

Story from Nathan Sanderson and Picture from Tiffany Sadnerson