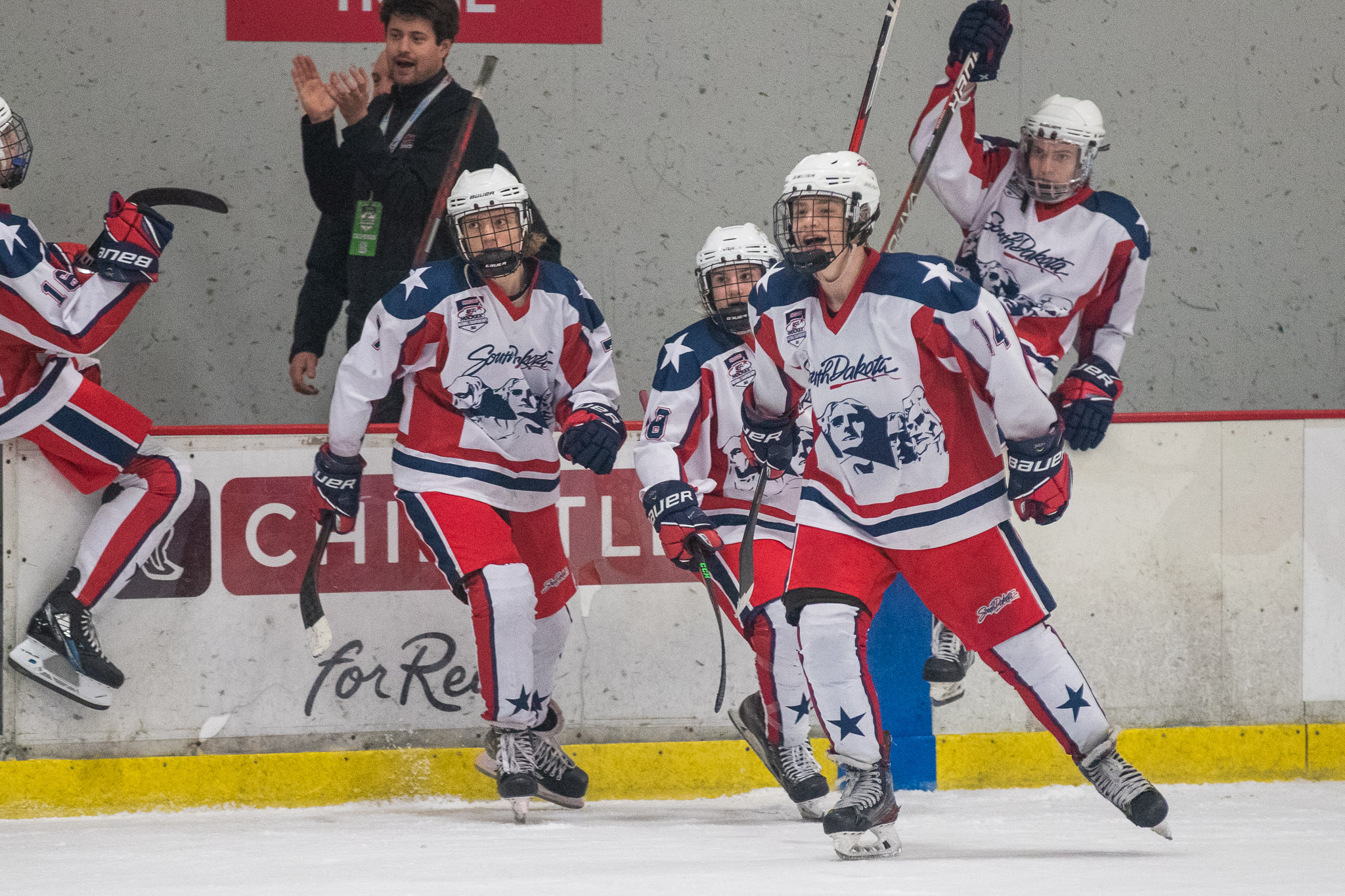 Kalamazoo, MI – South Dakota’s team of 14-and-under hockey players will play for the 2022 USA Hockey Tier II 14U National Championship on Monday, April 4 at 9:00 A.M. central in Kalamazoo, MI. They play in pool 2A and will face the Alaska Oilers, a rematch of the tournament’s first round game.

Collectively, they scored 7 of Team SD’s 8 goals, with Sanderson notching 4 and Ritter 3. Ritter and Myhre both picked up playmakers for having 3 or more assists, with 3 and 4, respectively.

They scored 4 of Team SD’s 5 goals, with Linstad picking up a hat trick and Merchen adding a goal. Merchen and Heller had playmakers as well, notching 3 and 4 assists, respectively.

The Tier II 14U National Championship Game will be played at 9:00 A.M. central time on Monday, April 4. All games are available for viewing online at Hockey TV (www.hockeytv.com).