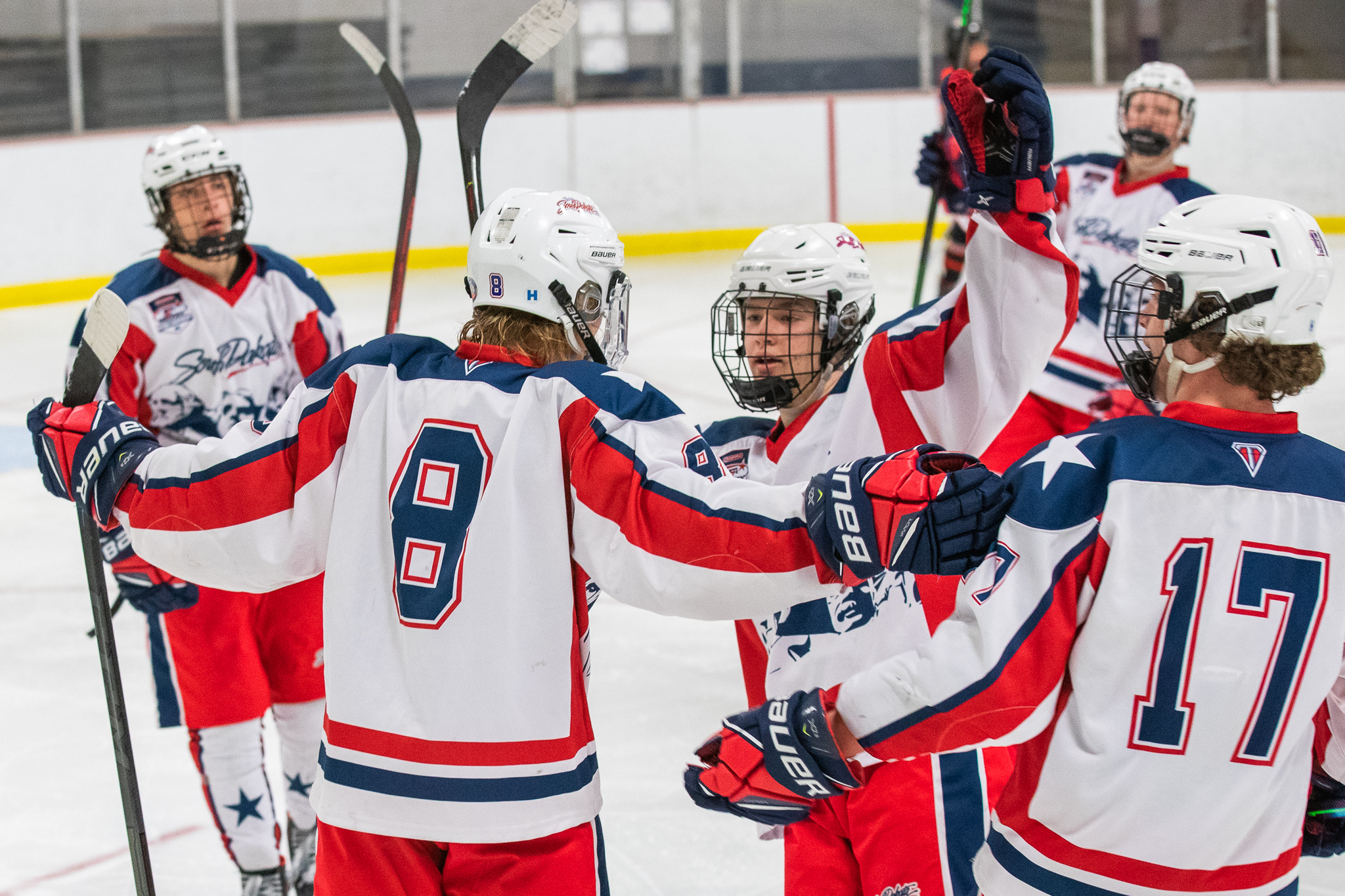 York got on the board with 3:35 left in the first on a power play goal that snuck by goalie Luke Moeller of Yankton. But with 20 seconds to go in the period, Team SD regained a two goal lead when Merchen pounded a rebound past the Devils’ goaltender to end the period leading 3-1.

Team SD struck again early in the second. Aberdeen forward Carson Myhre ripped a shot from the righthand side that appeared to go in, but as the officials waved it off the puck ricocheted to Aberdeen defenseman Jaxson Danielson, who punched it in from the left faceoff dot to extend Team SD’s lead, 4-1.

York scored again to close the gap with 6:28 remaining in the second, but Myhre answered a few minutes later when Danielson returned the favor, gliding a shot toward the Devils goalie that Myhre tapped in to extend Team SD’s lead, 5-2.

Later in the period, Team SD scored on another tipped goal, with Heller notching his second of the game, knocking the puck in on the short side off a shot from Brandon defenseman Lucas Fogarty. Team SD ended the second leading 6-2.

In the third period, York managed their third goal of the contest, but Team SD found the net three more times. Myhre scored on a feed from Pierre forward Carter Sanderson, Merchen scored on assists from Jacobsen and Brookings forward Riley Lindstad, and Rapid City defenseman Hudson Beert put one in off the crossbar.

Team SD’s 9-3 victory puts them at two wins and no losses in the tournament. Team SD will complete pool play against the Indiana Irish Rovers at 1:45 P.M. eastern time on April 2.