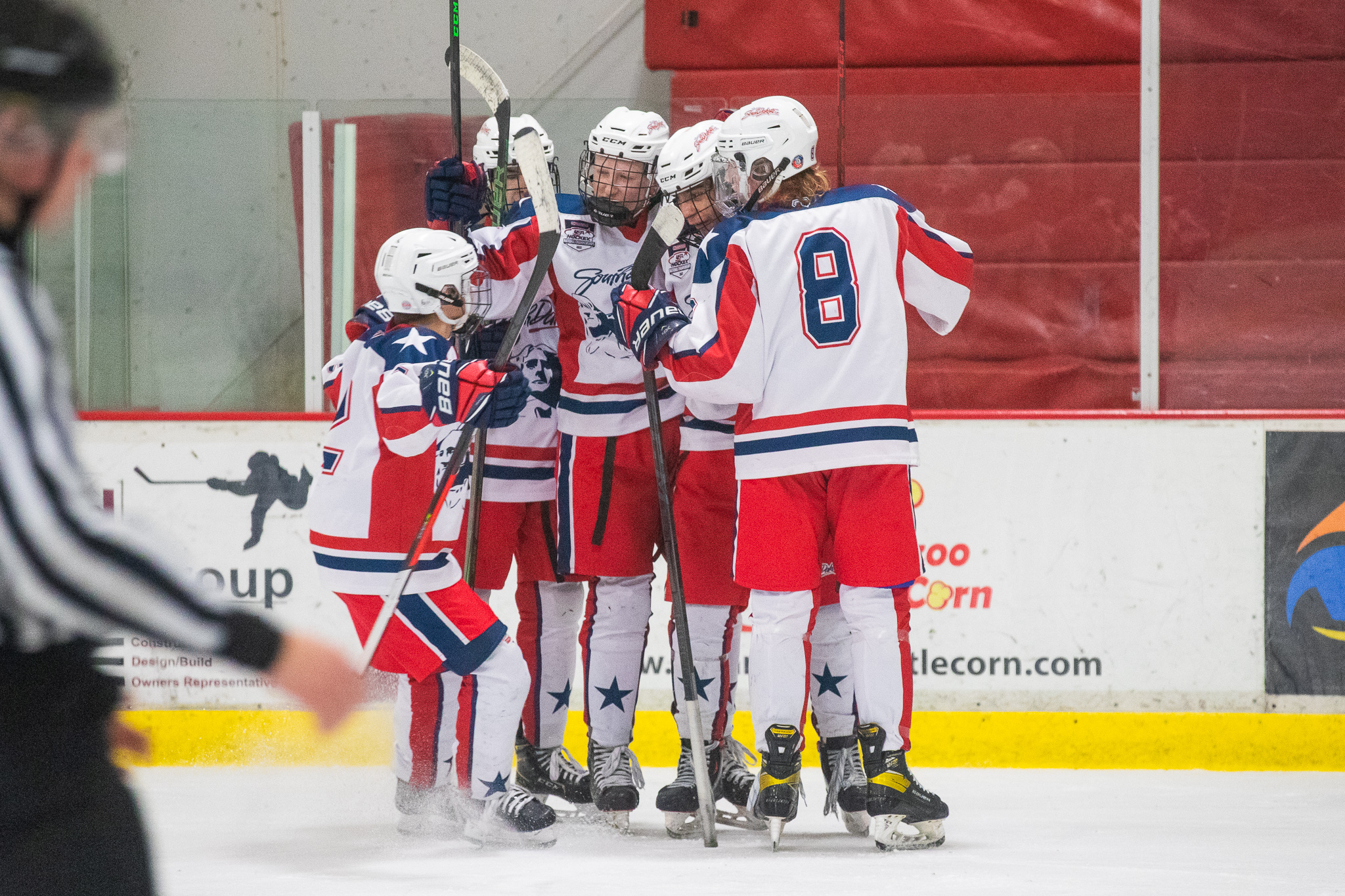 Kalamazoo, MI – South Dakota’s team of 14-and-under hockey players fell to the Indiana Irish Rovers 3-2 in overtime during the final round of pool play in the 2022 USA Hockey Tier II 14U National Tournament. Team South Dakota (Team SD) qualified for the quarterfinal round, however, and will play the Granite State Wild at 9:00 A.M. on Sunday, April 3.

Once again, Team SD got on the board early. Just over three minutes into the game, Rapid City forward Colton Merchen scored a powerplay goal on a feed from Pierre forward Carter Sanderson and Brookings forward Riley Linstad to lead 1-0.

The Irish Rovers answered with 4:42 remaining in the first, and the period ended in a 1-1 tie.

In the second, Team SD outshot Indiana 13 to 6, but couldn’t find the back of the net. A host of penalties defined the period, with Team SD called for three and the Irish Rovers for six. Both teams headed to the locker room after the second, tied 1-1.

Team SD and the Irish Rovers went back-and-forth in the third, and Indiana took the lead with 3:12 left in the period on a backhand shot that snuck over goalie Luke Moeller. Just 17 seconds later, Rapid City forward Cameron Ritter struck back for Team SD, tying the score 2-2 on assists from Aberdeen forward Carson Myhre and Sanderson, who notched his second of the game.

But Indiana scored with 1:01 remaining in the sudden-death overtime period to hand Team SD its first loss of the tournament. Team SD’s earlier wins give them enough points to reach the playoffs, however, and they advance to the quarterfinals on Sunday, April 3.