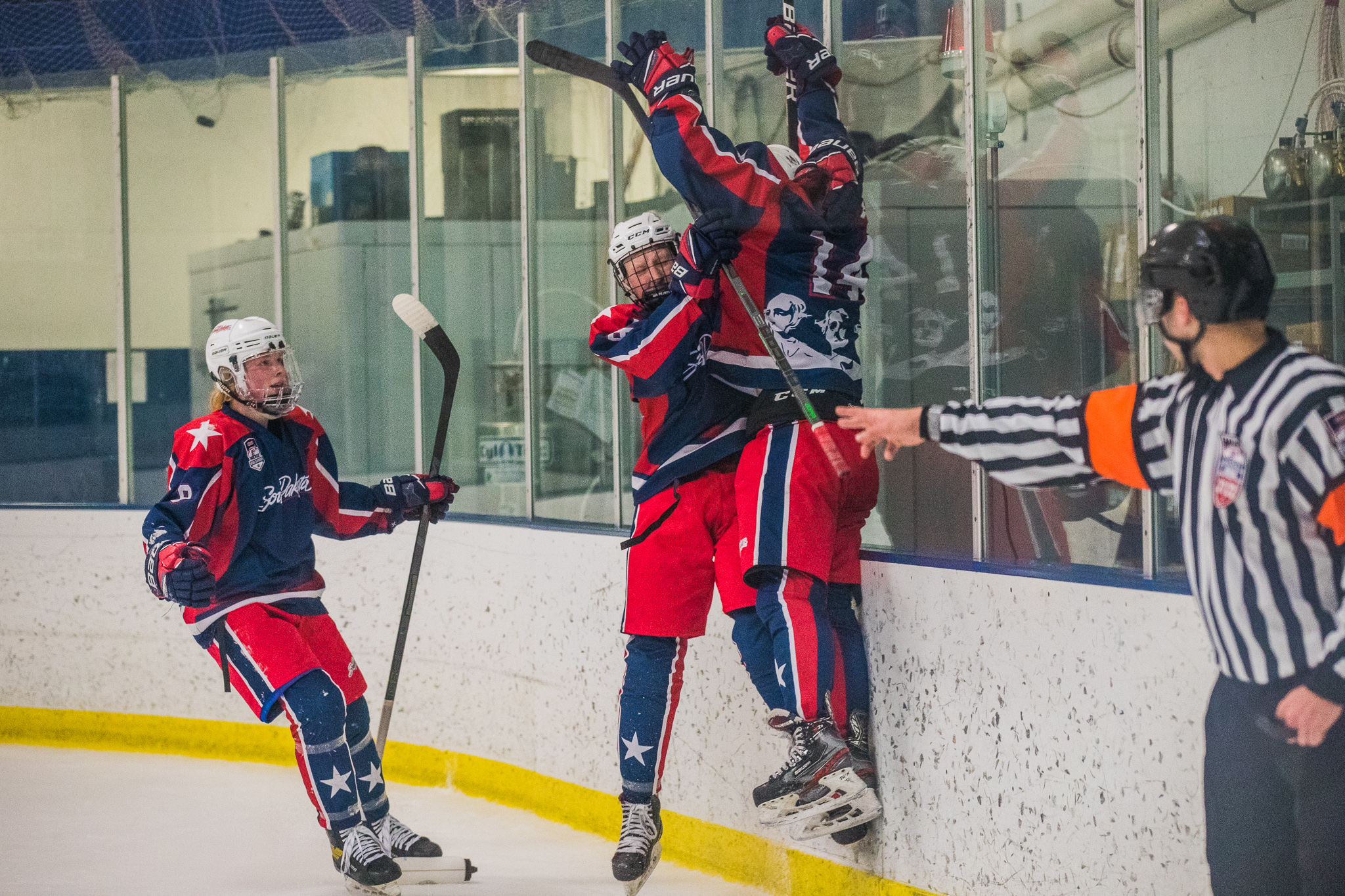 Kalamazoo, MI – South Dakota’s team of 14-and-under hockey players kicked off the 2022 USA Hockey Tier II 14U National Tournament with a 4-2 win over the Alaska Oilers in the first round of pool play at the Wings West Arena in Kalamazoo, MI.

“We took it to them; we were definitely the better team today,” said Assistant Coach Brian Prisbe of Sioux Falls. “This is a great win – it’s really important to get the first one in these types of tournaments and we’re looking forward to the game tomorrow.”

Just over three minutes later, Aberdeen forward Carson Myhre put Team SD up 2 to 0 on a quick shot right in front of the Alaska net, assisted by Pierre forward Carter Sanderson and Brandon forward Lucas Fogarty. Team SD ended the first with a two goal lead, outshooting the Oilers 14 to 3.

An Alaska penalty early in the second period put Team SD on the power play, and Merchen rocketed a shot by the Oilers’ netminder to score his second goal of the contest and extend the Team SD lead to three. Rapid City forward Cameron Ritter and Sanderson assisted on the play.

But Alaska didn’t go quietly. With 8:51 left in the second period, Alaska scored their first goal to draw within two. Solid defensive play by Jaxson Danielson held the Oilers in check and Team SD went into the Locker Room after the second period leading 3 to 1.

Alaska came out strong in the third, scoring another goal with 14:09 remaining to pull within one. Team SD spent much of the period in their offensive zone, however, and with 4:10 left in the third, Ritter secured the win with a shot from the left faceoff circle that snuck past the Alaska goalie’s shoulder. Myrhe and Sanderson both notched assists, with Sanderson securing a playmaker with three in the game.

Team SD outshot the Oilers 43-23 and goalie Carson Hundstad of Aberdeen stopped 21 of 23 shots in the victory. Team SD will face the York (Pennsylvania) Devils at 11:30 A.M. eastern time on April 1 and complete pool play against the Indiana Irish Rovers at 1:45 P.M. eastern on April 2.