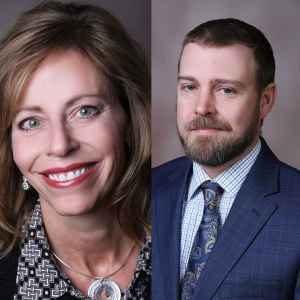 PIERRE — Governor Kristi Noem has appointed two Pierre residents to fill roles in her Cabinet. Noem has named Michael Houdyshell as Secretary of Revenue. Houdyshell has been in the Revenue Departmetn for 11 years serving as Chief Legal Counsel for D-O-R since 2018. He has seven years as Director of the Property and Special Tax Division and three years as a staff attorney for the Department of Public Safety. Houdyshell assumes the Cabinet Secretary duties from Jim Terwilliger, who has returned to the Bureau of Finance and Management. Joan Adam, can drop the interim from her title. Noem has named Adam as full-item Health Department Secretary, taking over for Kim Malsam-Rysdon, who departed for a private sector position with Avera Health in January. Adam has had various roles in the Health Department over a 20 year career. Adam is also currently a member of the Pierre School Board. The changes become effective April 1st.