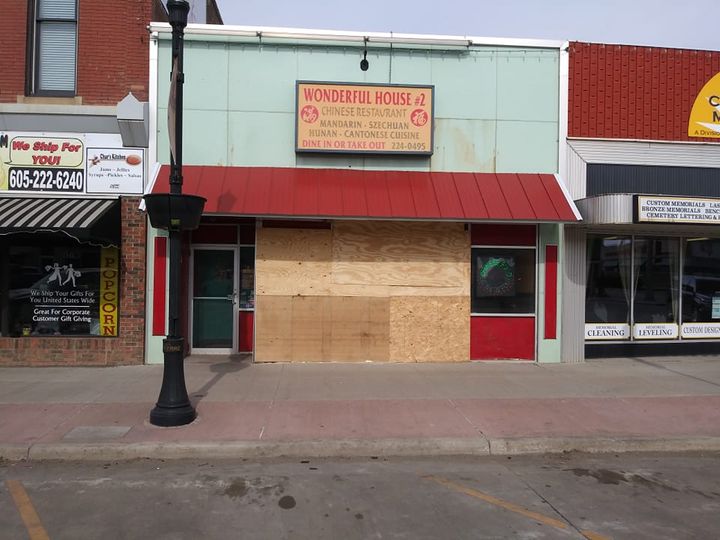 PIERRE — No one was injured Saturday evening when a vehicle crashed through the front door of a downtown Pierre Chinese restaurant. The South Dakota Highway Patrol is investigating the crash that happened just before seven PM. Spokesman Tony Mangan says a teenage girl with no driver’s license was practicing driving and was attempting to park the vehicle she was in in front of the Wonderful House restaurant in the 300 block of South Pierre Street. The teen pressed the accelerator instead of the brake and launched the vehicle to the building through the front door area. Pictures on social media show what appears to be a sports utility vehicle several feet inside the building. The driver was cited for careless driving and no driver’s license. An adult male with the teenage girl was also ticketed for allowing an unauthorized driver to operate a vehicle.