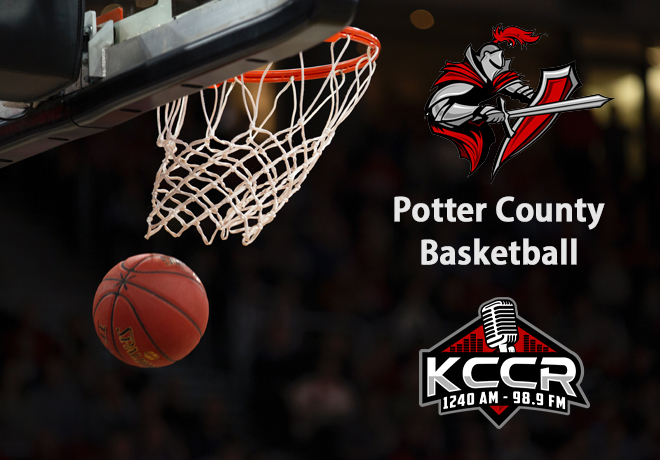 The Potter County Battlers scored 21 of their 63 points off of turnovers on Thursday afternoon en route to a 63-48 win over Aberdeen Christian to advance to Friday’s State Semifinals.

Potter County has avenged its only loss of the season after the win. The Battlers jumped out to a 21-14 lead at the end of the first quarter before an offensive struggled second quarter had them leading just 29-22 at the break. Grant Luikens finished with a double-double scoring a game high 24 points and pulling down 10 rebounds. Drake Bassett added 20 points and Cooper Logan had 12 as the Battlers found balanced scoring across the starting five. Isakson Jackson and Ethan Russel each had 14 points to lead Aberdeen Christian as they will play for a spot in the consolation championship Friday afternoon.

The Battlers will face top seeded De Smet at 6:00 on Friday. The Bulldogs, at 22-1 defeated Waubay-Summit 60-28 in the first game of the day.