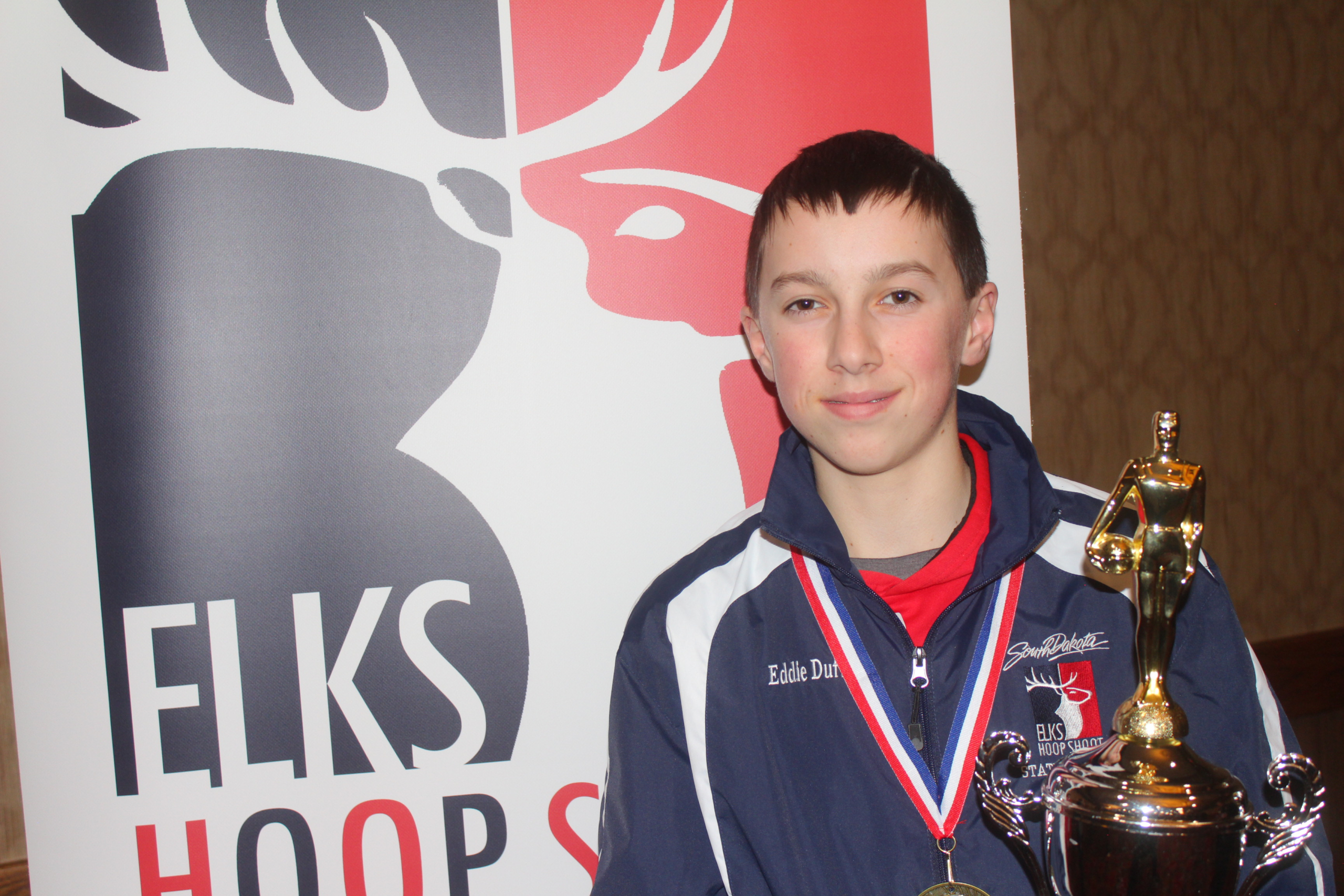 Duffy, the son of Patti and John Duffy of Fort Pierre, will compete against 11 other regional champions at the Elks Hoop Shoot National Finals on April 30 in Chicago. The national champion from each division is enshrined in the National Basketball Hall of Fame.

The Elks Region 2 Hoop Shoot pits the state champions from Montana, North Dakota, and South Dakota. Duffy was tied after the competition’s standard 25 free throws with Alex Rivas, the Montana State Champion. The tiebreaker is five shots each until there is a winner. Both Duffy and Rivas hit 5-of-5 in the first round. In round two, Duffy stepped up to the line first and hit another five in a row. Rivas hit four of five.

The Stanley County Middle school student won the Pierre Elks Lodge #1953 contest in December. He survived four tiebreaker rounds to win his division of the South Dakota State Hoop Shoot on February 5 in Pierre to advance to Regionals.

The Elks are celebrating the 50-year anniversary of the Hoop Shoot, which is its annual, signature kids’ program. For more information about the Hoop Shoot, please visit elks.org.