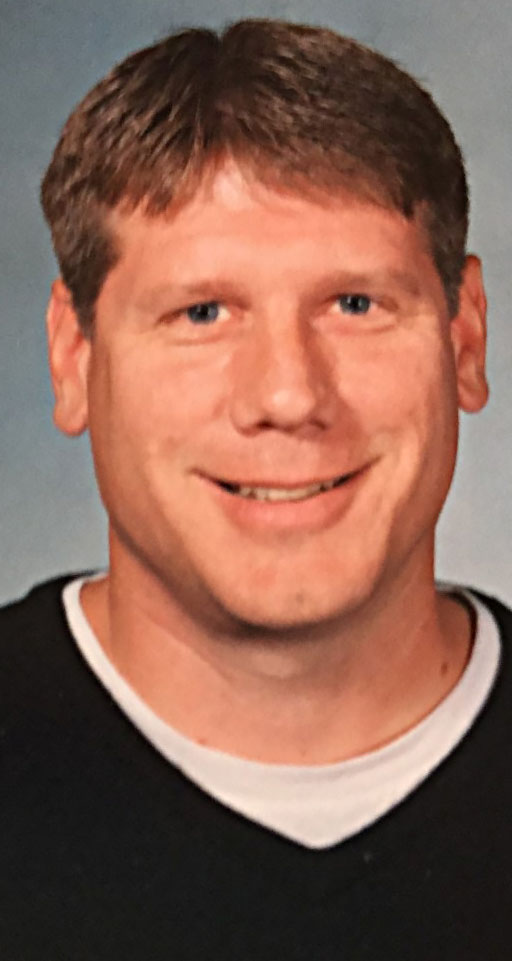 Four men are set to be inducted into the South Dakota Basketball Coaches Hall of Shrine at 2022 state high school girls and boys state tournaments the next two weeks.

Senftner graduated from McLaughlin High School in 1980 and Northern State University in 1985.

He has been the head football coach in Sully Buttes since 2008 with an overall record of 101-42. His squad made 3 State Championship appearances in 2015, 2017, and 2018. He’s has also been the middle school football coach during his career.

Senftner is a member of St. Pius X Catholic Church.

You can read the other bios here.

Cal Schubert graduated from Garretson High School in 1975. Following high school graduation he attended the University of South Dakota where he graduated with a bachelor’s degree in 1980 and a master’s degree in 1984. That following August he began working in the Sisseton School District. During his time in the school district he held the positions of guidance counselor, social science teacher, athletic director, track coach, assistant and head boys, assistant boys basketball coach, and he spent a great deal of time with the girls’ basketball program.

Also, throughout the success of his teams he was awarded the Region 1 Coach of the Year five times, Cal was a finalist for the National High School Athletic Coaches Association Girls Basketball Coach of the Year in 2012. When Cal retired from coaching in 2016 he ended his girls’ basketball coaching with a record of 365-163.

Today Cal is happily retired from teaching and coaching. He still resides in Sisseton, South Dakota with his wife Pat of 26 years. They have three children Karyn, Alexis, and Adam.

Jim started officiating college basketball and football in 1976 and did so for 42 years. He worked both sports in the SDIC, NCC, and NSIC Conferences and basketball in the GPAC. In 2006, the college football crew Jim was on worked the NCAA Division II National Championships game in Florence, Alabama.

Throughout the years, one event has remained a constant on his basketball referee schedule, the Jones County Invitational Basketball Tournament in Murdo, SD. In 1979, Jim’s long-time friend and fellow referee, the late Colin Kapitan, asked him to work the tournament with him. Jim is still working this tournament 44 years later during the annual three day tournament. Jim estimates he has worked at least 275 games on the Murdo gym floor, now named the “Harold Thune Arena” and the “Jerry Applebee Court.”

Along with officiating basketball, Jim also served as a rules clinician for the SDHSAA, conducting basketball rules meetings throughout the state for 26 years. He also served a term as the official’s representative on the National Federation of State High School Basketball Rules Committee and was a founding member of the Native American Advisory Committee to the SDHSAA.

Being in the Basketball Hall of Shrine is special to Jim because his father, the late Harve Johnston, was also inducted as a referee in 1997. Jim worked his first varsity basketball game with his dad at Dakota Christian High School in 1974 and worked together at the Corn Palace for his father’s last game in 1992.

Duane Whalen is a graduate of Rapid City High School and Black Hills State University. He started his 40 year career in education in 1958 in Rapid City. Duane spent 11 years as a social studies teacher and coach at South Junior High School, followed by eight years as a history teacher and coach at Rapid City Central High School. He began his career in activities administration in 1977 when he was appointed Junior High Activities Director for the Rapid City Area School. In 1980, he became the Assistant Principal in Charge of Activities at Rapid City Stevens High School. Under his leadership the Stevens High School athletic teams captured 49 state championships and were runner up 28 times. While at Stevens two of his proudest accomplishments were working with Jim Haar, Rapid City Central’s activity director, to create the Greater Dakota Athletic Conference. The Stevens Raiders had never been in an athletic conference and it was the first time the Rapid City Cobblers had been in an athletic conference since the ’50s), and initiating the Rushmore Bowl, which has become a major fund raising activity for both Stevens and Central high schools. Unfortunately the Greater Dakota Conference did not stand the test of time.

During his eighteen years at Stevens High School he served on numerous professional committees and boards at the local, state and national level. Most noteworthy on the state level are two terms on the SDHSAA Gymnastics Advisory Committee, three terms on the AD Hoc Committee studying the SDHSAA Activity Calendar. He served as liaison between the South Dakota High School Athletic Directors Association and the South Dakota High School Coaches Association. One of the most rewarding experiences during this time period was co-managing 47 plus SDHSAA state championship events in Rapid City with his good friends Howard Naasz and Jim Haar.

For his efforts in 1997 he was elected to the Rapid City Sports Hall of Fame, presented the SDHSAA Distinguished Service Award, and was the recipient of the NIAAA State Award of Merit. In 2003 Whalen was inducted into the SDIAAA Hall of Fame. The South Dakota High School Coaches Association honored him with the 2011 Distinguished Service Award. In 2016 he was honored by being inducted into the Rapid City Stevens High School of Fame as a contributor.
At his retirement in 1998, Whalen continued his interest and service to high school sports by being one of the assigners of officials for the western division of the Greater Dakota Conference. His retirement has allowed him time to serve as the official and unofficial executive director for the OFFICIALS which is a sports support and promotion group in Rapid City that also sponsors the Rapid City Sports Recognition and Hall of Fame Banquet and the Rapid City Sports Hall of Fame. Among other things, this role entails researching Rapid City Sports History and maintaining an active list of candidates for the Sports Hall of Fame and Athletes of the Year honors. As a native of Rapid City, studying sports history and keeping track of Rapid City athletes as they progress through high school, college, and beyond is a labor of love. He has always been grateful to his wife, Nonie and children Todd, Tim, and Traci for their support through all the ups and downs and nights and weekends that goes with being a high school activities director.

As witness in his own life, in his friends’ life, his children’s life, and as a teacher and coach he truly believes that school activities were and are the other half of education.