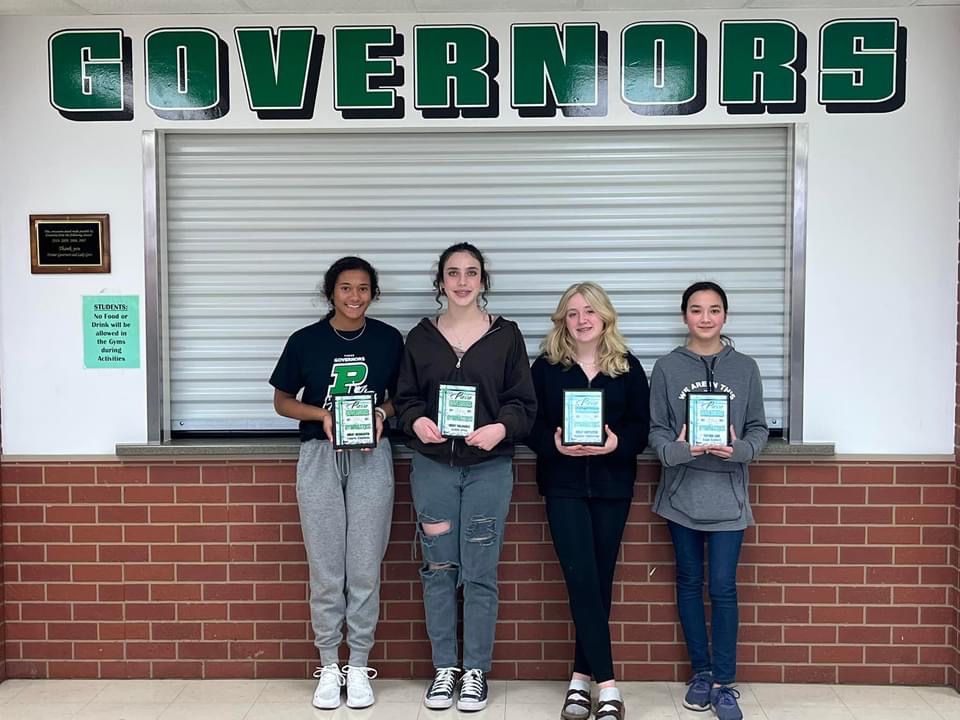 The Pierre Governor gymnastics held its end of the season banquet last week and handed out the team awards for the year.

Four awards were given out as the MVP of the team went to Isabel Jirsa while most dedicated was given to senior Emerie Stephens. The most improved Governor was Natalie Flottmeyer and the future Gov award was given to Sage Schmitt. Stephens is the lone senior on this year’s team so every Governor is eligible to return for the 2022-23 season.