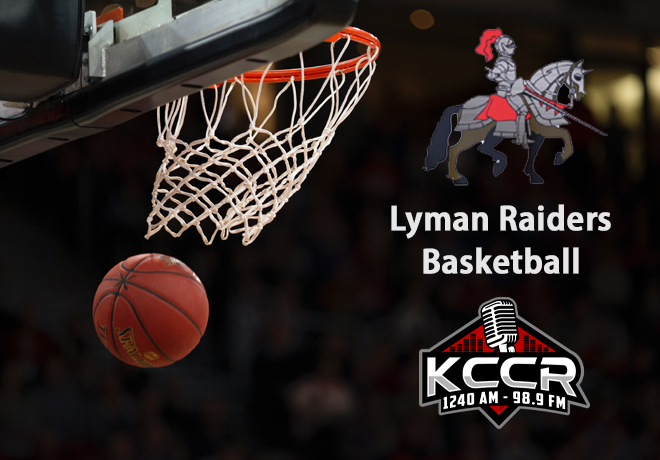 The Aberdeen Christian Knights are into the Class B state tournament as they defeated the Lyman Raiders on Tuesday in Huron 64-46.

The Raiders held a 10-9 lead at the end of the first quarter but trailed by nine at the half as the Knights continued to build their lead down the stretch. Sam McClanhan had 12 points to pace the Raiders who shot 46% from the field on the night. Colton Collins added 11 and Issac Thomas had 10.

All five starters for Aberdeen Christian had double figures as they were the only five to score all game. The Knights were led by Malek Wieker who finished with 16 while Ethan Russel had 15 and Andrew Brennan had 12. The Knights shot 49% from the field in the win.

Aberdeen Christian will face the Potter County Battlers in the first round of the Class B state tournament next week Thursday in Aberdeen.