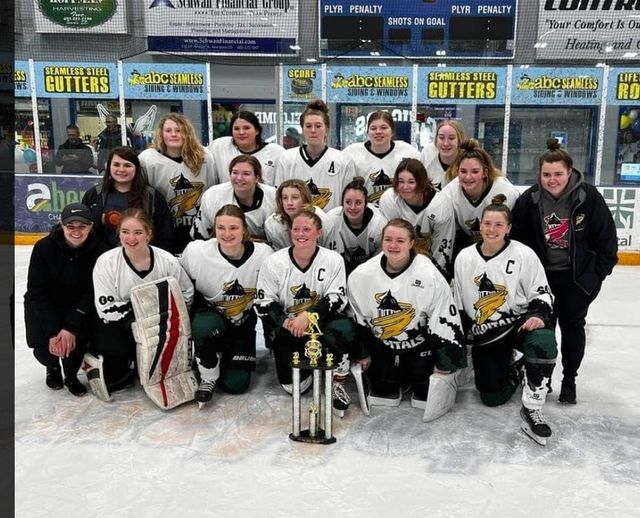 After a tough game on Friday and a 2-1 loss to Aberdeen, the Oahe Lady Capitals finished in fifth place coming back and winning on Saturday and Sunday to finish the state tournament at 2-1.

Kierstan Miller had the lone goal of the game on Friday against Aberdeen in the 2-1 loss as the Lady Caps played one of its best games of the season to open the state tournament nearly upsetting the three seed. Then on Saturday, it was Brylee Kafka scoring twice in the 5-3 win over the Sioux Center Storm. Alyssa Stahl, and seniors Ashton Lee and Addisyn Gray all scored in the win.

On Sunday it was Kafka and Lee both scoring a hat trick in the 6-2 win over the Rushmore Thunder to close the season on a high note. Abigail Stewart-Fromm finished the last game of the year with 25 saves on 27 shots. Olivia Swenson, Lee and Gray all conclude their careers with with the win on Sunday.