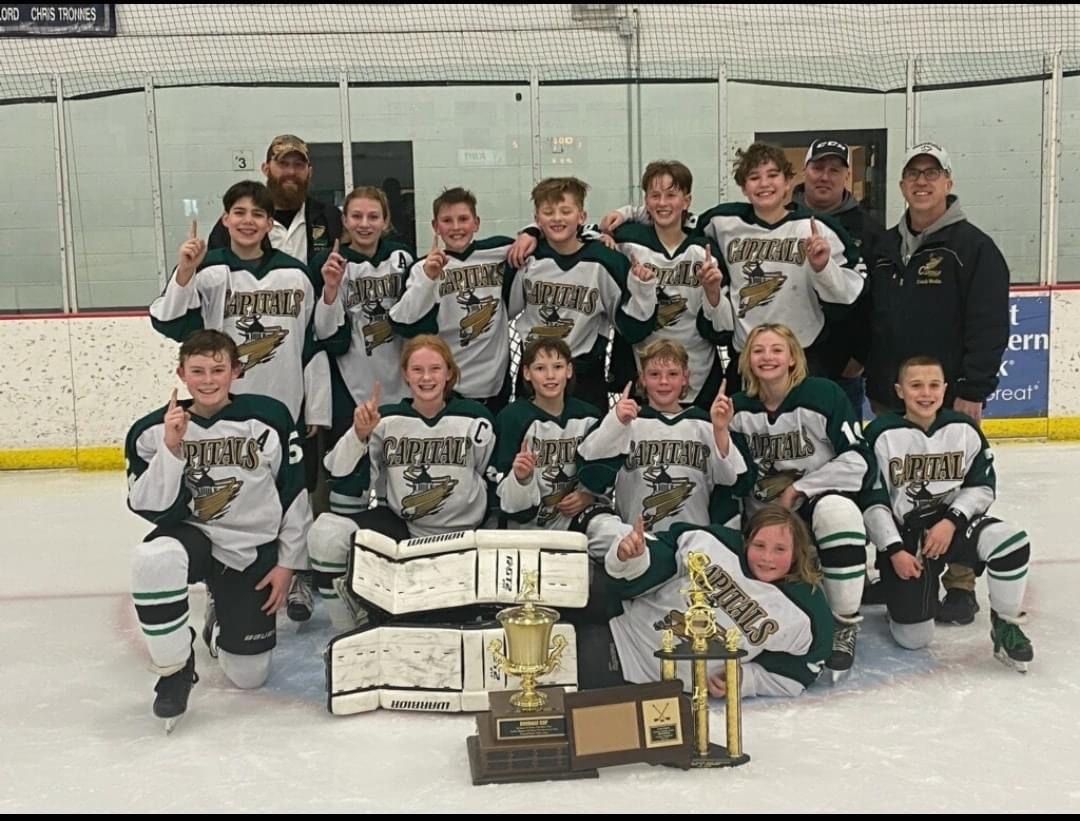 The Oahe Capitals Peewee B team in 2021-2022 were perfect. The Capitals won all 14 regular season games and finished off the year going 3-0 in Mitchell to capture the state championship.

The Peewee B’s had no trouble as the top seed on Friday defeating Huron 18-0 before cruising past Rushmore on Saturday 6-1. In the championship, the Capitals were tied 1-1 heading into the third period but found the back of the net three times and then added the empty netter for a 5-2 win and a state championship to bring back to the Pierre/Ft. Pierre area.