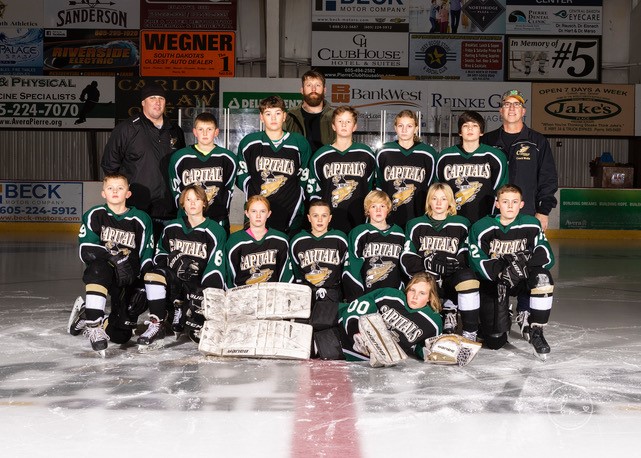 The Oahe Capitals PeeWee B team has won the League Championship for the regular season. The Capitals won the league by going undefeated all season. There are eight teams in the PWB Division and the Oahe Capitals won all 14 of their games played, going 14-0. The Caps had an impressive 129 goals scored on the season, while only allowing 17 goals. Oahe PWB goes into the state tournament as the top seed and will play Huron in the first round on Friday at 7 pm.

The Oahe Capitals Girls 14U team will begin play at 5:00 on Friday in Sioux Center in their state tournament as the four seed and will take on the Rushmore Thunder. The Capitals Peewee C team will be in Yankton as they face the Yankton Miracle also at 5:00. Brackets for all three teams below.