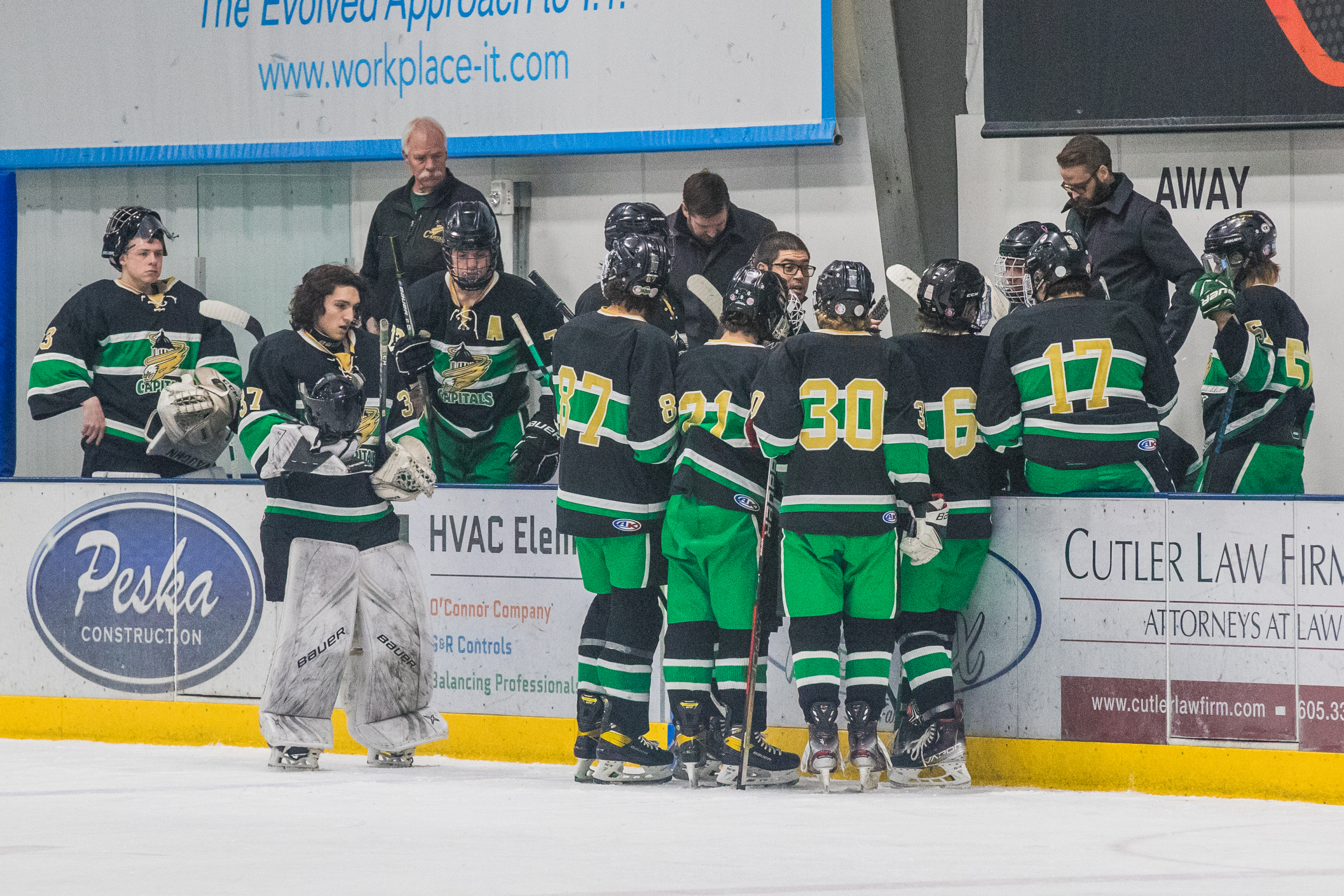 The Oahe Capitals will have a busy weekend again at home with both Sioux Falls teams coming to town beginning with Sioux Falls 1 on Saturday.

Both Sioux Falls teams will play on Friday before heading to Ft. Pierre on Saturday and Sunday. Sioux Falls 1 heads into the weekend with just one loss and at 8-1. While the Capitals are above them in the standings currently, it’s because of games played with the Flyers have four games in hand on the Capitals.

Sioux Falls 2 currently sits in sixth place in the standings at 5-7-0-1. Oahe beat Sioux Falls 2 on New Year’s Day with a 6-4 win, but since then the Flyers have gone 4-1 including three straight wins heading into this weekend facing Yankton tonight.

Coverage on Saturday will begin at 5:40 and then on Sunday at 2:10. Both games can be heard on Capital City Rock, capitalcityrock.com and available to watch on YouTube at Capital City Rock Sports with Jon Winkler on the call.