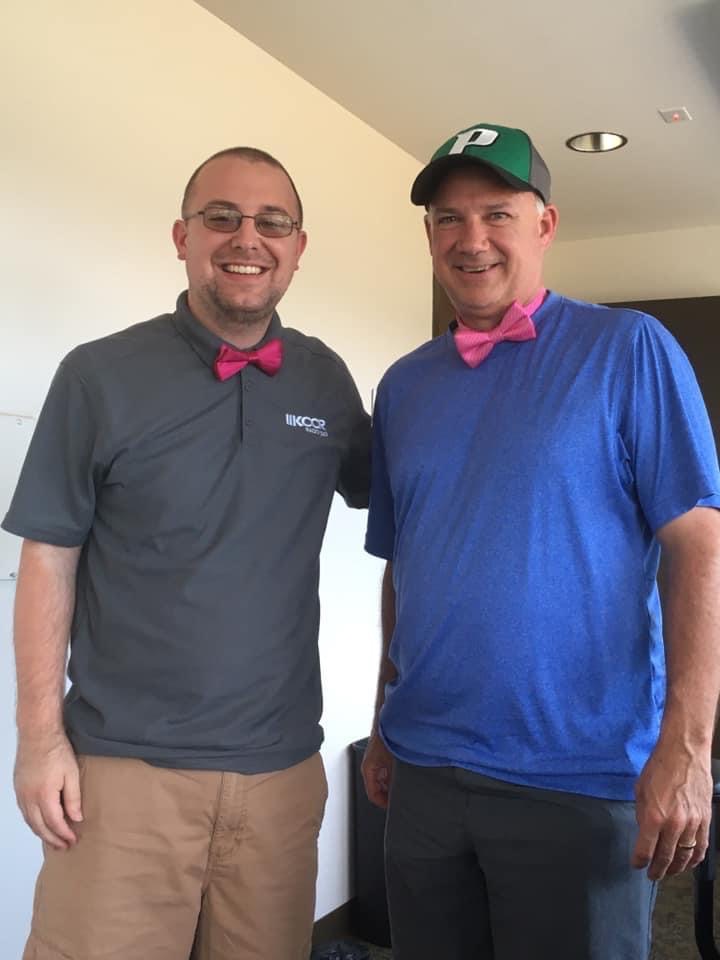 There are a very small number of people in life that will never cease to put a smile on your face when you see and talk to them. But that was Greg Dean. It was impossible to have any conversation with him without at least chuckling and cracking a smile. His love of life, his laughter and his charisma would light up a room. I’ve not done this in a professional setting before, but I felt like this was the right time to break down the wall and speak from the heart instead of giving you the stats, although Greg’s heart and stats were always intertwined.

When I moved to Pierre in late 2018, I was a 24 year old kid and didn’t know a soul. But the two people I met instantly were Steve Steele and Greg. It didn’t take long for Greg and me to bond over sports and of course start calling games together when the Governors were on their way to the second straight state championship. He was by my side for the next three state titles and countless baseball games for the next three and a half years. The insight Greg brought, the knowledge of the games and the stats he always had in his back pocket made me one lucky broadcaster. When I sounded smarter than I truly am, it was because of the stats he laid out in front of me. When I had some of the best calls, it was because Greg could set the stage perfectly and while it was my voice, the real props should go to him. I would ask him a lot, “Where did you get this from?” The stats he had available were from piecing things together from various sites and articles he had read from around the state. But he would always smile and say, “I’m a nerd.” That nerd became my best friend and someone that was welcoming every time he came on the broadcast. The fun we had on the air, the trips we made together will always be memories I will hold on to forever.

I think I speak for everyone and saying your heart sunk and broke and we all learned of the news. My prayers, my thoughts and condolences are with the Dean family. Blake, Bradley and Bennett, and his wife Jill, they brought me into like their own son and brother and that’s the kind of people they are. There are plenty of others who feel the exact same way.

I think of the moments we were able to spend together behind the mic. Every state championship game we were able to cover. The walk-off baseball wins from the spring and legion season. I will never forget Bennett’s walk-off home run and I turned down his mic so he could be a dad and enjoy the thrill of watching his son hit a home run during the state tournament with the season on the line. It was a privilege to share the moment with him next to me. The chemistry we had knowing by just looking at each other that we knew the cues to make a broadcast seamless, but it was because of Greg. The laughs and jokes we told on the air and off the air. Whether it was a classic Greg Dean dad joke, or an original one, would always put a smile on my face and I really hope it put one on yours.

So while there’s a hole in my heart and a pain that feels like it will stay with me for a lifetime, I take solace in the joy and fun we had together in the short couple of years we were able to bring you Pierre sports. He would also say to me that he’s just a “bumbling fool” and that I was the professional. But he had it backwards, I’m the bumbling fool and he was the true professional that everyone wants to aspire to be. I always ended my broadcasts thanking our board operator back at the station and then on whichever side, which was usually the right besides home football games, I would say, “For Greg Dean to my right, I’m Jon Winkler.” I will miss saying that phrase and will miss him dearly. The Pierre community and beyond, mourn for you, my friend, because you touched the lives of us all. We love you and may you rest in peace.