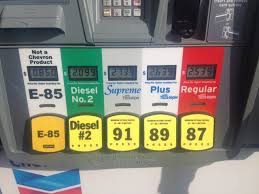 PEIRRE — Gas prices have been rising steadily since last years pandemic induced slow down. Shawn Steward with Triple “A” South Dakota says most of that is due to the cost of crude oil….

Crude oil lately has tracked from eighty-one to eighty three dollars a barrel. Steward says the drop in demand last year put a lot of oil production on the shelf….

According to Gas Buddy dot com, gas prices in South Dakota range from three seventy-nine a gallon in Spearfish to two ninety-four a gallon in Tyndall.