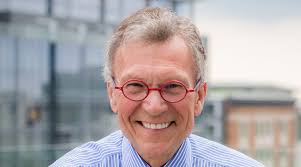 PIERRE — Former South Dakota Senator Tom Daschle is concerned about the political direction of the country and threats to democracy….

Daschle says the stand off in Congress is a major symptom…

Daschle says much has changed since he left the Senate in 2005….

Daschle, a democrat, was elected to the US House in 1978, then to the Senate in 1986. He served as both minority and majority leader during his time in the Senate. He was defeated by republican John Thune in 2004.