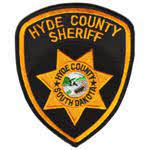 SIOUX FALLS, S.D. (AP) — The sheriff who responded to the scene of a fatal car crash caused by the South Dakota attorney general last year has died. The Hyde County Sheriff’s Office declined to release further details about the death of Sheriff Mike Volek, but said it planned to release a statement. Volek was 69. He had served as sheriff for 22 years. Volek responded to Attorney General Jason Ravnsborg’s 911 call late on Sept. 12, 2020. At the time, Ravnsborg said he thought he hit an animal along a rural stretch of highway near Highmore. Ravnsborg pleaded no contest to two misdemeanor charges in August.