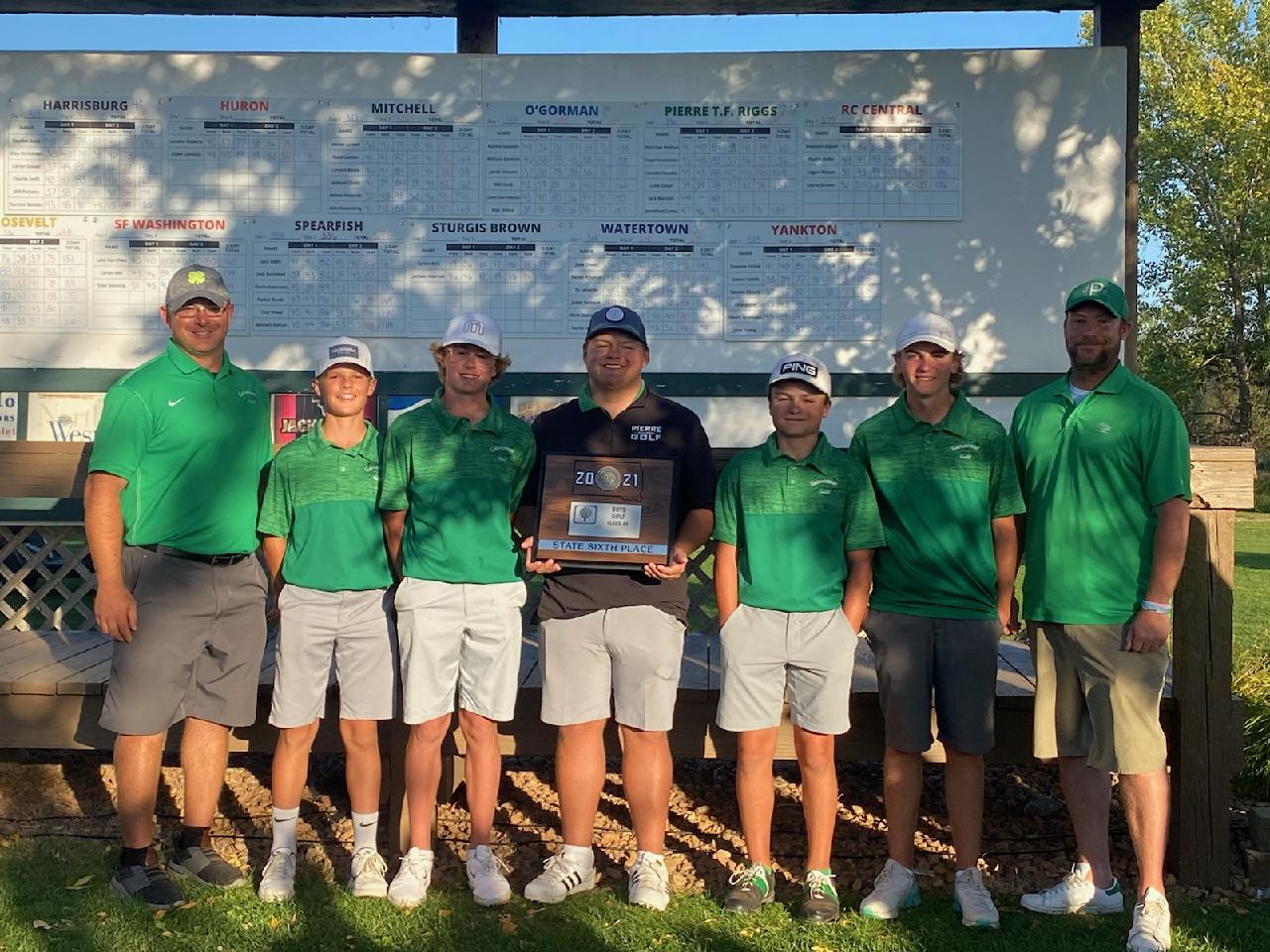 The Pierre Governor golf team improved its positioning on Tuesday in the final day of the state golf meet moving up from eighth to sixth place.

Sawyer Sonnenschein finished in 13th place with a 156 and shot a 73, ten strokes better on the second day. His 73 was third best in the state. Luke Olson was tied for 16th a, Nick Bothun 28th, Lincoln Houska 44th and Jonathan Lyons at 71st. The Governor team finished just seven strokes out of fifth place and was under 20 strokes from fourth place Harrisburg.