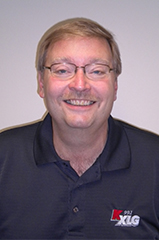 WATERTOWN, S.D.–Funeral services will be held later this week for former Watertown broadcaster and state lawmaker Bob Faehn.  He died at his home Monday.  Faehn’s radio career began at KSDR in Watertown in 1984–a station which he eventually owned.  He also served six years in the South Dakota House of Representatives from 2005 to 2011, rising to the rank of House Majority Leader.  Governor Kristi Noem has ordered flags across South Dakota to be flown at half-staff in honor of Faehn until sundown Friday in recognition to his time as a state legislator.  He was awarded the prestigious Tom Brokaw Award in 2012, and served on numerous boards including the South Dakota Board of Technical Education, where he served as vice president. He was also a member of the Board of Directors for the South Dakota Broadcasters Association.  Funeral services will be Friday at 2 p.m. at Holy Name of Jesus Catholic Church in Watertown.  There will be a private burial.  Bob Faehn was 63.