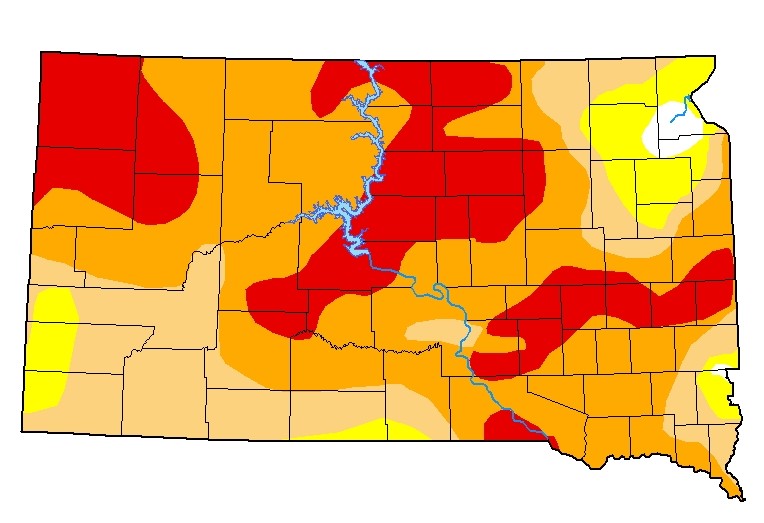 PIERRE — Recent heavy rain is having some minor impact on improving drought conditions in some parts of South Dakota. Heavy rain Monday along the I-90 corridor from Vivian to White Lake has caused a one level reduction in drought conditions. Severe drought in central Lyman and Brule Counties, along the interstate has been moved into Moderate drought, while Severe drought takes over for Extreme drought along the interstate in Brule and western Aurora County. Severe drought still extends from the Phillip area into north central South Dakota. Rain on August 28th has cut into Extreme drought in Edmunds County and an area of no drought is noted in the Sisseton area from the same storm. Drought has improved in the southeast with a pocket of no drought in Lincoln County at the Minnehaha County border with Iowa and abnormally dry areas are seen the northeast, southeast, south central and southwest parts of South Dakota.