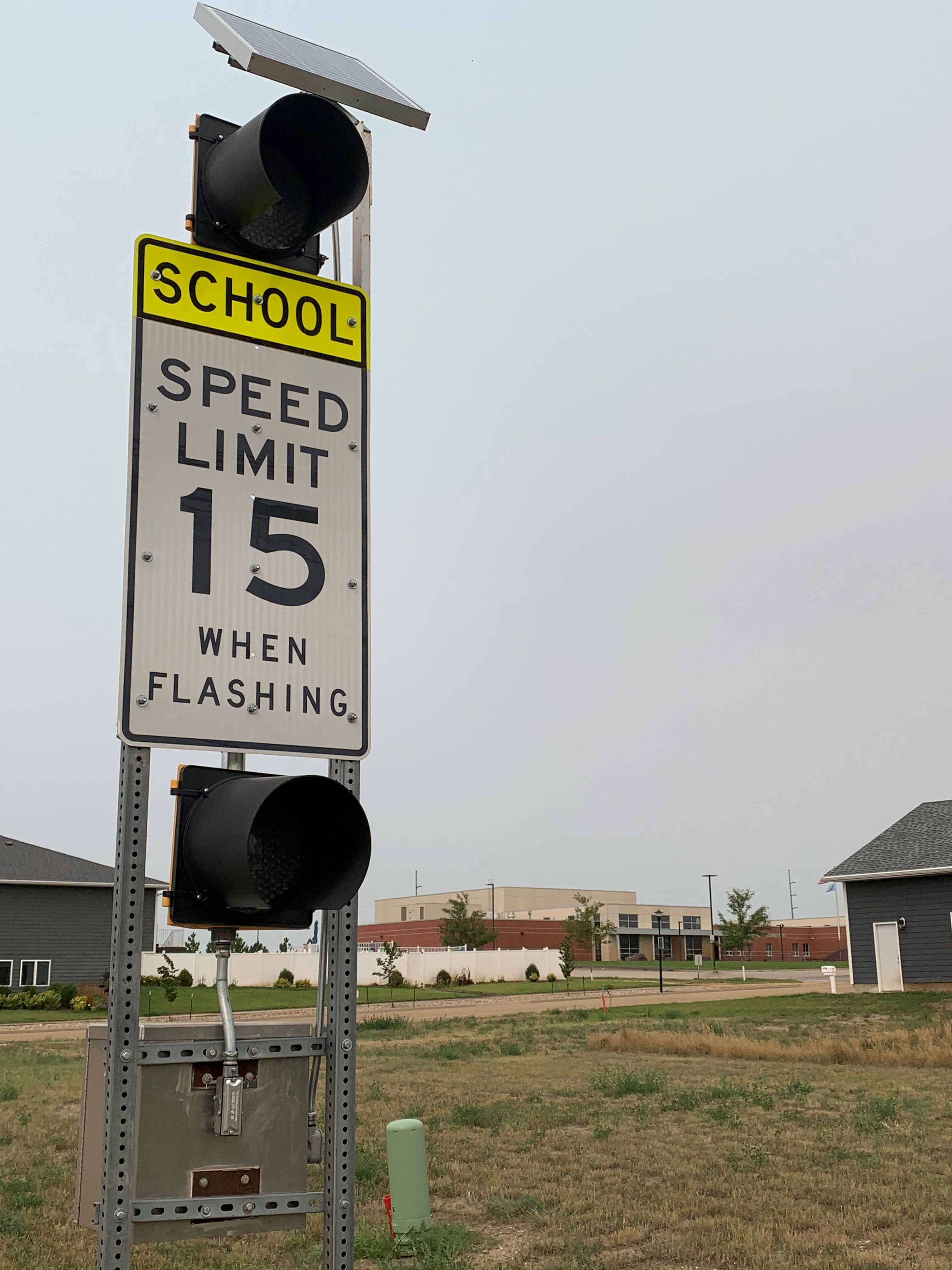 PIERRE — School begins on Thursday in Pierre and another sign of the new school year is the flashing of school zone lights in Pierre. Pierre Police Captain Bryan Walz says the lights were turned on for the season Tuesday to give motorist time to get used to the lights and the fact children will be filling school zones soon. Speed limits in school zones drop to 15 miles an hour when the safety lights are flashing. School zones will be active, primarily in the morning, noon hour and end of the school day. In addition to orange flashing lights you’ll see more black and white near schools to start the year. Walz says an increase in police presence in school zone will be seen so those orange flashing lights don’t result in red and blue flashing lights. Flashing school zone lights are near all three Pierre School District elementary schools, the Pierre Indian Learning Center, For His Glory School and St. Joseph’s School.