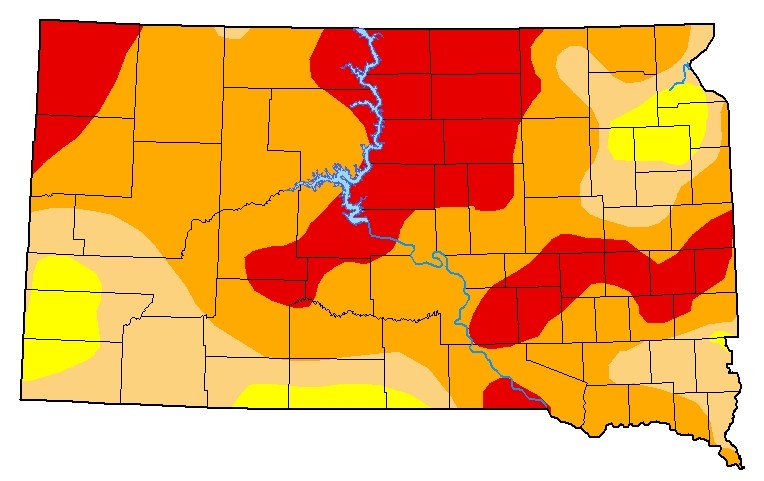 PIERRE — Severe drought has enveloped nearly all of central South Dakota. The only areas of moderate D-1 drought are in southwest Jackson, southeast Mellette and southern Tripp Counties. Extreme drought has expanded in central South Dakota and now extends from near Phillip in Haakon County into northern Jackson, Jones, Stanley and Hughes and continues to join a large area of central and north central South Dakota. From the Pierre area Extreme drought extends into Sully and Potter Counties over into northern Hyde and Hand County then north to the North Dakota border. D-3 extreme drought is set-up from Chamberlain, north to Huron then south to Madison and north again to Brookings. Another area of extreme drought is in Butte and Harding Counties and southeast Gregory County. Extreme drought was removed this week from Lyman County after severe weather and storm brought rain to the Chamberlain area. Abnormally dry conditions have replaced no drought in southwest South Dakota.