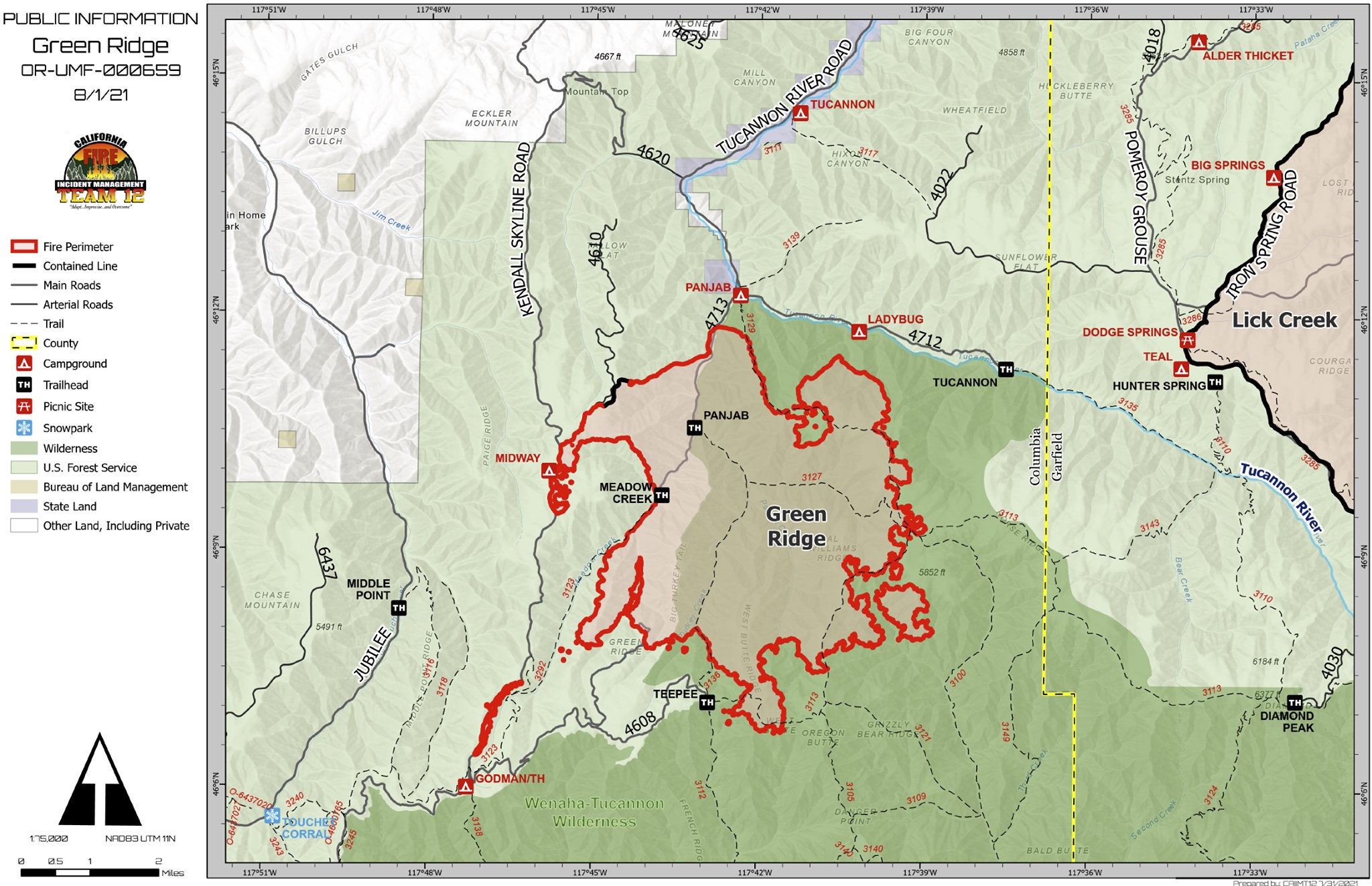 GREEN RIDGE, WA — Three Fort Pierre firefighters working on a 14 day assignment of assistance helping with wildfires in Washington State have been reassigned to a fire near Walla Walla, Washington. The team was shipped from the Sherwood fire to the Green Ridge Fire, 30 miles east of Walla Walla. The Green Ridge fire as of Sunday, August 1st was approximately 10-thousand 663 acres and only 15-percent contained. The fire was started by a lightning strike. Nearly 300 personnel are working the fire with seven crews, 15 engines, four dozers, 10 water tenders and seven helicopters. The Fort Pierre crew is assigned to the night shift. The addition of the Fort Pierre team and other crews has allowed the addition of a night shift to patrol the fire. Work is also being done to protect historic structures in the area including wrapping the lower portion of buildings in a protective tin foil-like wrap. The Fort Pierre firefighters should return home next week.