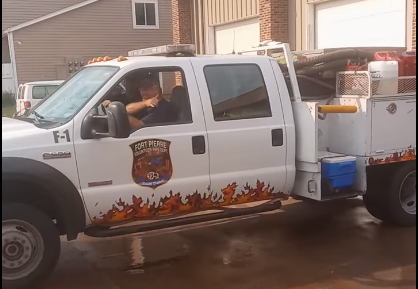 WALLPINIT, WA –Three Fort Pierre firefighters are in Washington state for the next week and a half, working to help control the Sherwood fire near Wellpinit, Washinton. The fire was listed by officials as being still, only 30-percent contained and now growing in size to 1,126 acres. The Fort Pierre fire fighters are three of 276 personnel working the fire. Level Two and Three evacuation levels are remain in place with a Level Three indicating immediate evacuation and Level Two as being prepared for any evacuation. No new fires with in the area have been reported. Personnel were able to hold and improve fire containment lines Tuesday. Wednesday involved more of the same with repair work on internal dozer lines. Officials say the fire’s footprint is smaller than originally estimated. Mop up activities are expected to continue for several days.