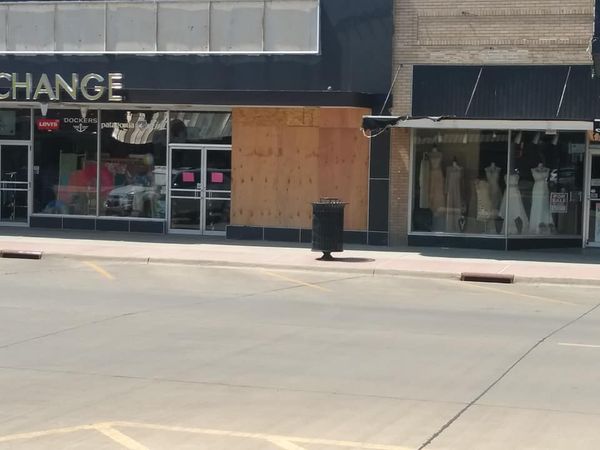 PIERRE — Pierre police continue their investigation into a crash on South Pierre Street Tuesday. Pierre Police Captain Bryan Walz says preliminary information in the ongoing investigation show a 76 year-old Pierre resident was backing out of a parking space on the east side of Pierre Street when the driver’s foot slipped from the brake petal and engaged the accelerator instead. That caused the car to cross Pierre Street, strike a parked vehicle on the west side of the street and caused the vehicle to crash into a store front window. Police did not release a gender or name for the driver citing the active investigation. Damage estimates are not available. Plywood could be seen Wednesday afternoon in a window frame at the Alley Exchange building on South Pierre Street.