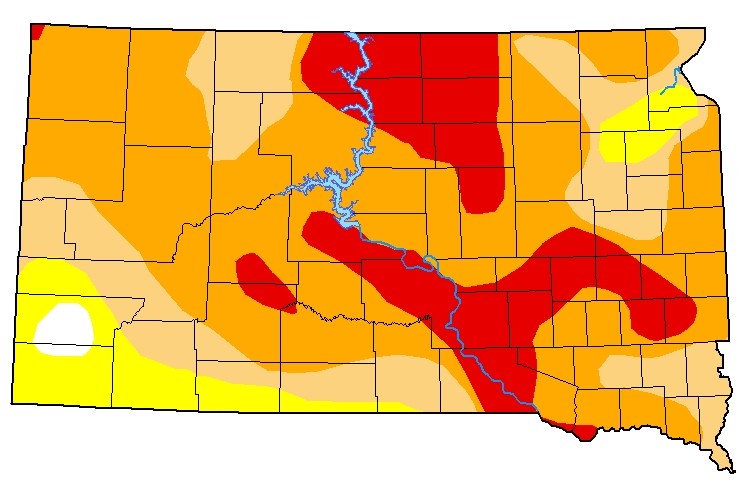 PIERRE — The U-S Drought Monitor in South Dakota is showing drought conditions not getting much better. In fact, D-3 extreme drought is now being displayed as expanding up the Missouri River valley into the Pierre/Fort Pierre area. Extreme drought extends from central Stanley back through most of Lyman County and Brule County. Extreme drought goes from Brule County down through Charles Mix and Gregory County. It also extends from Chamberlain, to Huron then back to Sioux Falls. A pocket of D-3 drought is also set up in Haakon, Jackson and Mellette Counties between Philip and Midland. Extreme Drought is also working south from North Dakota extending into northern Hand County, Faulk and eastern Potter County. Severe drought takes up most of central South Dakota. Northern parts of Ziebach and Dewey County are in moderate drought. Severe drought in South Dakota is at 14-percent, with severe drought at 22-percent, moderate drought 13-percent.