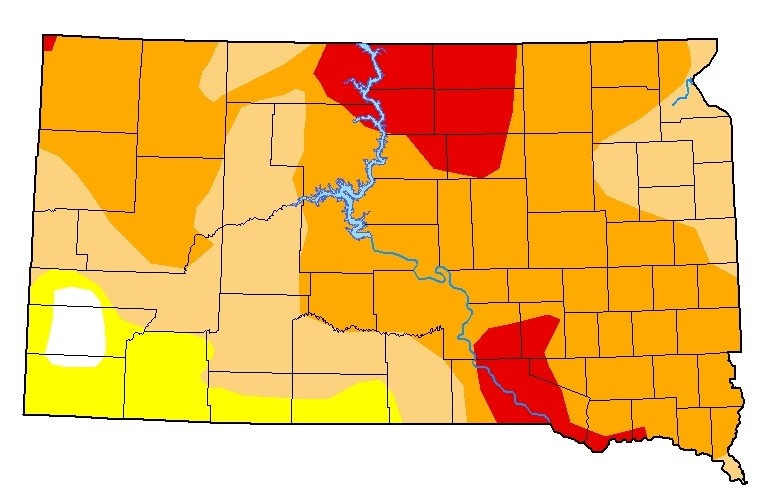 PIERRE — This week’s update of the U-S Drought Monitor for South Dakota shows drought conditions have gotten worse across the state. Extreme drought has formed along the lower Missouri River valley including southern Aurora County down to the Nebraska border. Extreme drought is also noted in northeast Potter and most of Faulk County along with northeast Dewey County. Severe drought has expanded west to include all of Stanley, Jones, Hughes, Lyman, Sully, Potter, Hand, Hyde, Buffalo, northern Aurora and Dewey County. Moderate drought has stabilized across Ziebach, Haakon, Jackson, Mellette and Tripp Counties. An area of central Pennington, Custer and northern Fall River Counties are listed as having no drought conditions. Ninety-eight and a half percent of South Dakota is included in some level of drought. Ninety percent is moderate drought or higher. Sixty-three percent is severe drought or higher and 10-point-five percent is extreme drought or higher.