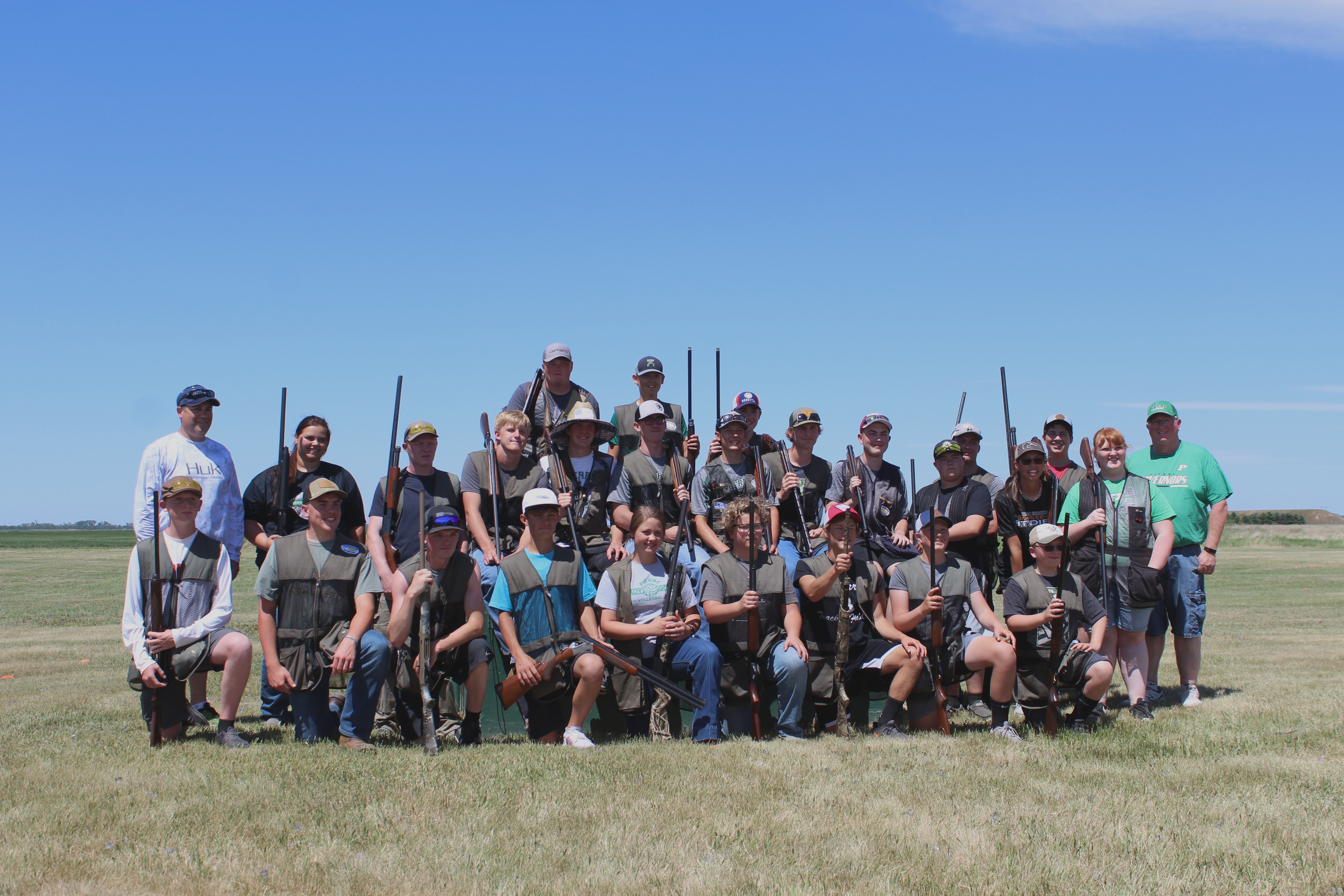 The TF Riggs Clay Target trapshooting team completed this year’s season with a 4th place finish at the State Tournament held in Aberdeen on June 13th.  28 student athletes from Pierre participated in the tournament.  There were 12 teams competing with Yankton winning the state 2A division title with a team score of 475.

The Varsity team was lead by Jacob Page shooting a score of 96 out of 100, followed by Jayce Beastrom and Luke Jones with 94s.  Noah Smith and Wyatt Rose rounded out the top 5 with 93 and 91 respectively.  The top 5 scores were used to make the varsity team score of 468.  Jessica Hays was the Pierre’s top varsity female with a 77.  Other varsity team members and their scores were; Isaac Loe(89), Shawn Van Liere(88), Griffin Gates(87), Andy Page(86), Jaxon Jungwirth(86) and Bryce Becker(80).

On Saturday, June 12th the TF Riggs Skeet shooting team took part in the State Skeet Tournament.  It was the first time TF Riggs has fielded skeet shooters.  Even though they didn’t have enough members to compete as a team, they were able to compete individually.  Jessica Hays won the female division with a 91.  Noah Smith placed 8th, Griffin Gates tied for 9th and Wyatt Rose tied for 13th.

The 15 performance awards handed out were:

The TF Riggs coaches and student athletes would like to extend a special thanks to the Pierre Izaak Walton League for providing a top notch facility for the team to use.