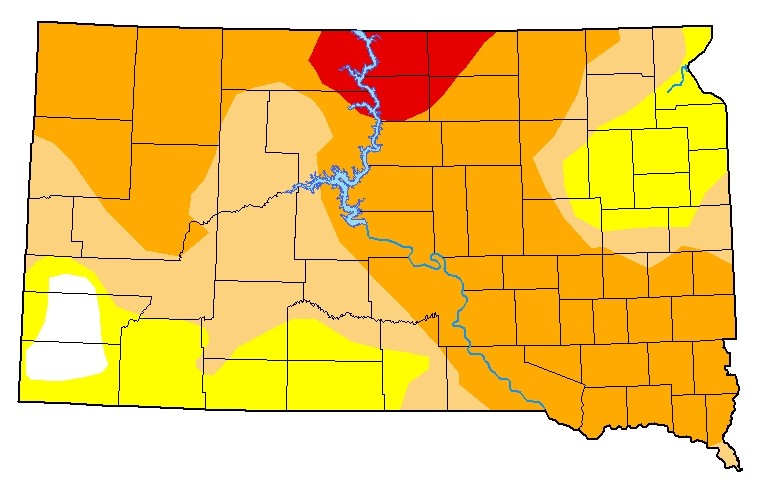 PIERRE — Recent rain has improved drought conditions some in northern South Dakota but drought has expanded in other portions of the state. This week’s update of the U-S Drought Monitor indicates that D-Three, Extreme drought has been eliminated from much of northwest to north central South Dakota. A pocket remains along the upper Missouri River valley in parts of Dewey, Corson, Walworth, Campbell and McPherson Counties. D-Two, Severe drought now overtakes much of east central South Dakota including eastern Stanley, Hughes, Sully, Potter, Hyde, Hand, Buffalo, most of Lyman and Brule Counties. West central South Dakota has seen a downgrade of drought to D-One, Moderate drought in western Stanley and Lyman, Jones, most of Jackson and all of Haakon and Jackson Counties. Heavy rain on Tuesday night will be included in the next update of the drought monitor next week.