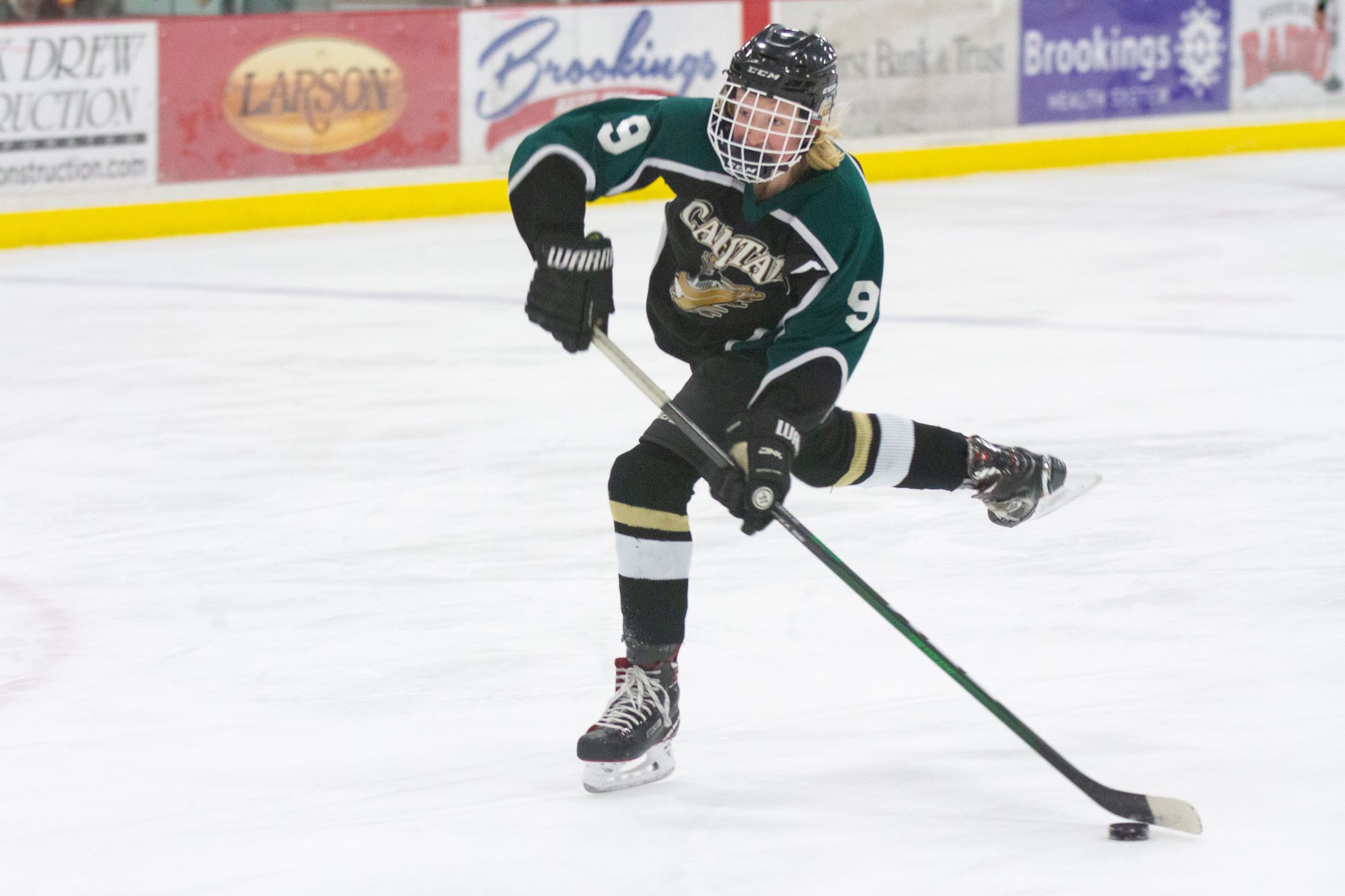 The Western Regional was created by three USA Hockey districts – the Northern Plains, Pacific, and Rocky Mountain – to feature “the most elite hockey players in the participating districts.”

Three of Sanderson’s teammates from the 14U South Dakota National Team, Carson Myhre and Jaxon Danielson of Aberdeen and Colton Merchen of Rapid City, also qualified.

Sanderson speaks about this opportunity…

To qualify, Sanderson competed in a three-day tryout in Grand Forks against more than 80 skaters from across the Northern Plains District, which includes South Dakota, North Dakota, Montana, and Wyoming.

Sanderson had an excellent 2020-2021 season for the Oahe Capitals, scoring 40 goals and notching 20 assists in 21 games at the Bantam A level.

More information on the camp is available at: www.npdistrict.com . To learn more about playing hockey for the Oahe Capitals, visit www.oahehockey.org