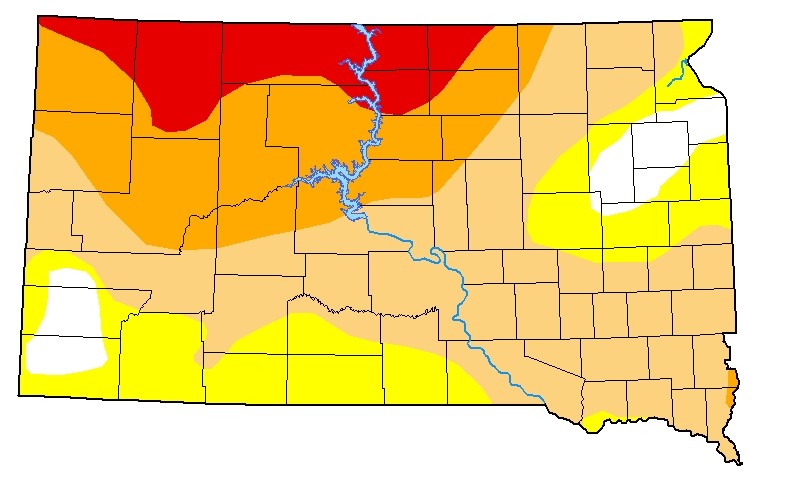 PIERRE — Some heavier rainfall in the past week has done some good in mitigating drought conditions in South Dakota. But, D-Three Extreme drought conditions remain across northwest and north central South Dakota. D-Three drought has been removed from most of Dewey and Ziebach Counties. At the same time, Moderate D-One drought has expanded to include all of Lyman, Jones, Hand, Hyde, most of Jackson and northern Tripp Counties. This week’s U-S Drought Monitor update indicates that much of this week’s heavy rains were immediately absorbed into the severely dry soils, with no runoff into empty dugouts or ponds. However, in some locations, the rain fell so quickly that it did not allow time for infiltration into the topsoils, resulting in some erosion. Severe drought is being seen in Dewey, Ziebach, Potter and northern parts of Haakon, Stanley and Sully Counties. Moderate drought is in place across Hand, Buffalo, most of Hyde, Hughes, Lyman, Jones, most of Jackson, southern Haakon and Stanley and northern Mellette and Tripp Counties.