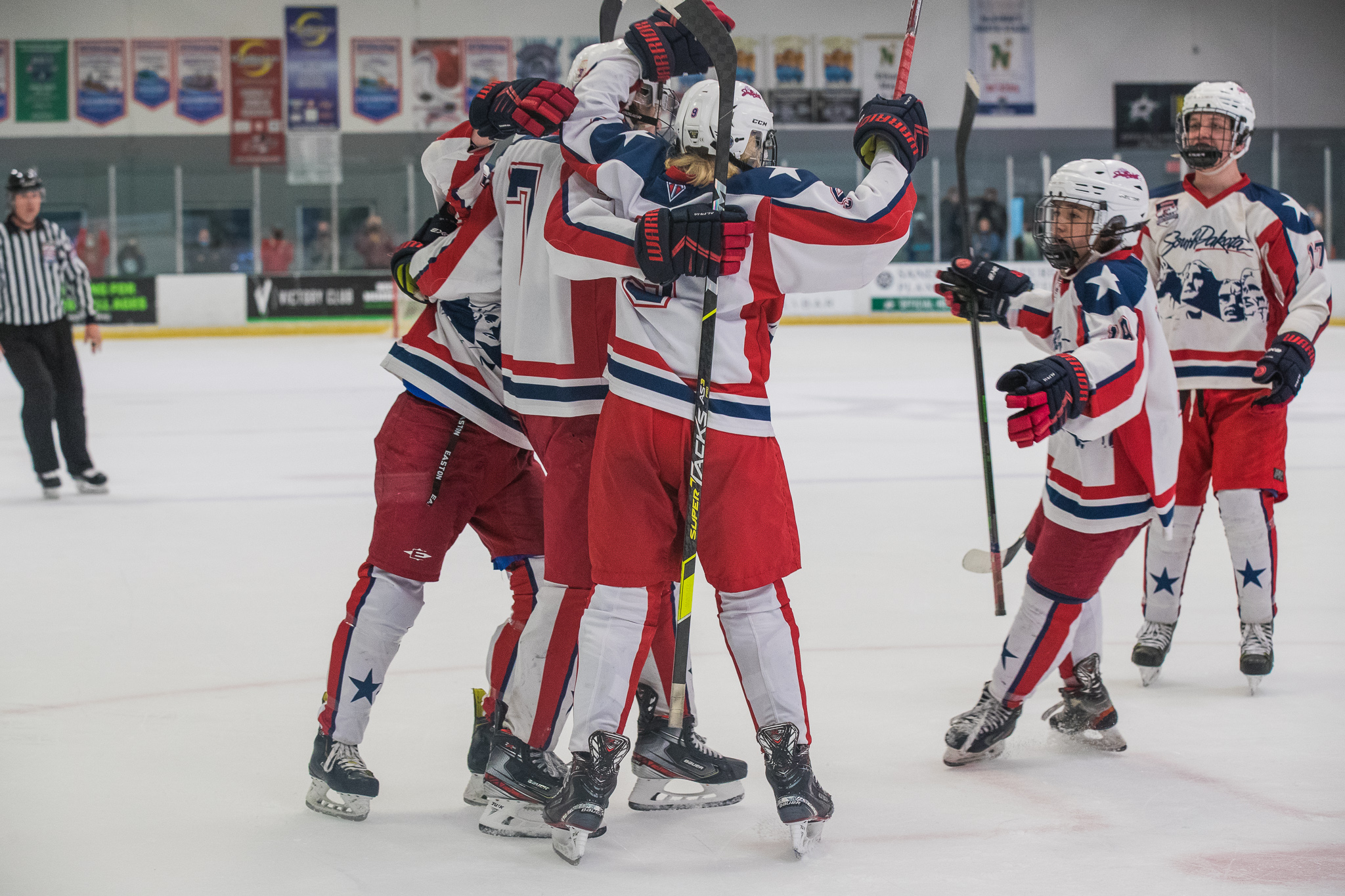 Alaska jumped out to an early lead, scoring less than two minutes into the game. It was the first time during the national tournament that Team SD had not opened a game with the lead. The Stars pressed the action, scoring again with 5:13 left in the first, and Team SD ended the period down 2-0. Head Coach Brian Prisbee…

The second period saw both teams evenly matched, but an apparent opening goal by Team SD was negated by a referee’s inadvertent whistle. Soon after, Alaska capitalized on the momentum shift, scoring another goal with 5:48 left to lead by three.

Pierre forward Carter Sanderson kicked off the scoring for Team SD with 4:44 left in the second. Aberdeen forward Brady Huff passed to Sanderson, who chipped the puck in backhanded for the goal. Sanderson on the goal…

An Alaska penalty with just over three minutes left in the second set up a Team SD powerplay, and Rapid City forward Colton Merchen fired a goal to pull Team SD within one. Merchen…

But Alaska struck again with a tap-in goal less than a minute later to extend their lead. Team SD went into the locker room after the second period down 4-2, after being outshot 22-11.

Early in the third, Team SD again appeared to score, but the goal was nullified when officials determined a Team SD player was in the goal crease.

Late in the period, still down by two and with time running out, Team SD pulled goalie Gavin Covrig for an extra skater. The Stars put in two empty net goals to seal the victory.

Coach Prisbe notes the future of Team SD at the 14U level looks bright.