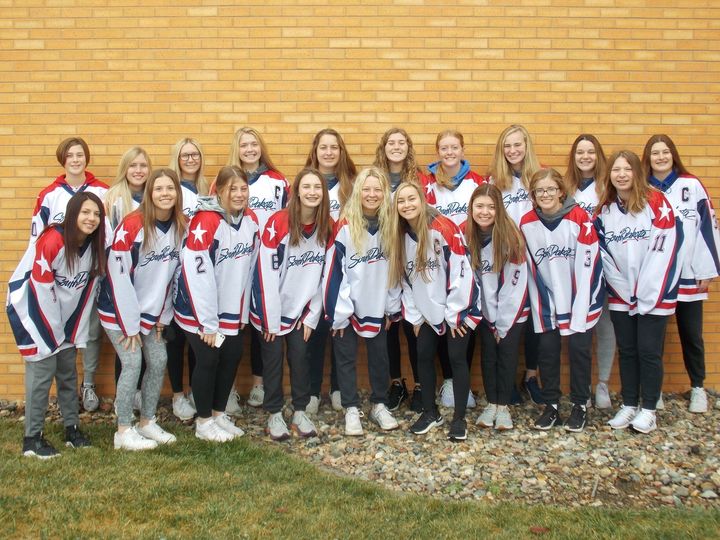 Team South Dakota 16U had its game on Saturday be for the overall top seed moving into quarterfinal play on Sunday. Team SD beat Colorado 2-1 in a shootout to be the top seed.

Colorado took the 1-0 lead within the first five minutes of the game as Team SD played from behind all the way to the third period and as the time continued to wind down, Oahe Capital’s Olivia Swenson set up a pass to Reese Amick who fed Alyssa Lingen on the tying goal and sending the game into overtime. It ended up in a shootout in a best of five format. Team SD received a perfect performance in net from Riley Vander Esch as Brooke Jarmen scored in the first attempt and Gabriella Schroder finished the win netting the second and final shootout goal.

Team SD, as the top overall seed will face Anchorage, Alaska at 1:00 on Sunday in the quarterfinal. A win will put them in the 7:15 semifinal later in the night